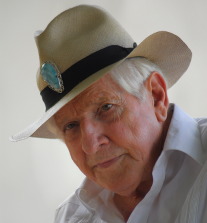 Humble's media materials are catered to convince people into buying their branded bleach, which is promoted as a cure-all for virtually all diseases. In actuality, chlorine is one of the most dangerous chemical agents known, due to its tendency to not only cause extreme inflammatory conditions, destroy the thyroid and ovaries by destroying their iodine, deprive cells of oxygen, and be caustic, but also because of its tendency to produce dioxin compounds and THMs (trihalomethanes) within the body. Meanwhile, Humble's co-conspirators have consistently maintained that their bleach is as safe as table salt, and that it should be consumed orally -- for health. The "M.M.S." product that has been marketed by Humble and his entourage is chlorine dioxide. It was never shipped to customers directly. Instead, customers had to make their own by mixing the shipped sodium chlorite with citric acid, because chlorine dioxide is so unstable that it is explosive.

We have learned more about how the game is played, due to raids that took place in 2011, and a subsequent set of criminal convictions that finally manifested in 2013. The tale begins and ends with four of Jim Humble's underlings: Louis (Daniel) Smith, Karis Delong, Tammy Olson, and Chris Olson. They had began their operation by creating a shell company called Project Greenlife, in 2007. It had multiple websites including projectgreenlife.com, mmsmiracle.com, purestreamhealth.com, and mmsfornewbies.com. All of these sites were meant to create an impression of a legitimate marketplace with honest competition and independent peer reviews for Project Greenlife's "medicine". It was a fake network that was used to buoy an equally bogus medical treatment. All of the involved people are linked to Jim Humble, whose job is to bless the M.M.S. that is sold by his own people. 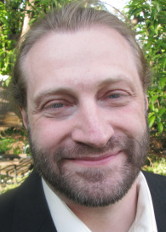 The ring leader of Project Greenlife, Daniel Smith of Spokane, Washington, bought sodium chlorite from a chemical supply company in Utah. Soon after, the chemical company contacted Smith's bogus medical company to warn them that "sodium chlorite is harmful if swallowed, and can cause death". Smith replied by telling the chemical company that he was using the chlorine compound solely as a water sterilization agent, and disclaimed that he had been coaxing sick people into drinking it. Then Smith created the website pglwater.com, to represent yet another fake business, so that he could dupe the chemical supplier into believing that he was not selling chlorine to the general public as a health tonic, when in fact he was doing exactly that.

In December of 2008, Smith became spooked after he received a questionnaire from his chemical supplier that demanded detailed information about his business practices. Smith responded by simply telling them that he had found an international supplier of chlorine, so there would be no further need to investigate him. The new supplier was a small chemical distributor from Canada, whose owner already profited from selling M.M.S. (bleach) as an 'alternative medicine'. Smith created yet another website, which was called wastewatersys.com. This new shell organization was used to smuggle the sodium chlorite into the United States, wherein it was supposedly used to treat sewage. His first order for thirty-two drums of the chlorine compound costed over ten thousand dollars, so it was a large operation.

In September of 2010, the F.D.A. arrived to inspect Smith's warehouse, after being tipped off. Thereafter, it petitioned Daniel Smith's lawyer to institute a voluntary recall of Smith's so-called "medicine", lest the F.D.A. would be forced to take action. The warnings were flagrantly ignored. In fact, Daniel and his cohorts sold their "medicine" to four separate undercover agents afterward. This was allowed to continue for over a year, as more evidence piled up.

In June of 2011, the F.D.A. finally made sweeping and simultaneous raids at Daniel Smith's home, his bottling facility, and his shipping facility, with the assistance of federal marshals. Project Greenlife's assets were immediately frozen, and its equipment was confiscated. Then on January 25th, 2013, a grand jury from Spokane, Washington finally indicted Louis Daniel Smith, Karis Delong, Tammy Olson, and Chris Olson for the following charges: introducing misbranded drugs into interstate commerce with intent to defraud or mislead, and fraudulently smuggling merchandise into the United States. All of the arrested parties pleaded guilty to the charges, except for the individual with the most guilt, Daniel Smith himself. He remains without any shame in his prison cell.

In a somewhat comical twist, Daniel Smith expected for his criminal charges to be nullified. He attempted to use a special legal protection that is an option for defendants within the United States.

It is namely the principle of Jury Nullification, whereby a jury may vote against the law itself, or vote that a law is being wrongly applied, and therefore the defendant cannot be found guilty of the given crime. Of course, it greatly helps a defendant's chance of getting his case nullified if his business is not exploiting sick people and poisoning them. Thus, Smith did not generate the sort of sympathy with the jury that he had envisioned. There was another trick of legal wrangling that Smith had attempted to use from the very beginning, even before his arrest, which is undoubtedly still being employed by other M.M.S. sellers. He argued that since he and his 'patients' were all part of a "private club" (of online shoppers), the "peaceably assemble" clause of the First Amendment made him immune to prosecution in the United States. The jury didn't exactly bite on that one either.

Despite how shameless Daniel Smith has remained throughout the entire process, and despite how he thoroughly insulted the court with his mocking defense, the judge nevertheless bestowed a great amount of mercy upon him. It was the judge's option to sentence Smith for up to 37 years in prison for the totality of his crimes, and yet the judge sentenced Smith to only 51 months. However, it can be argued that four and a half years is nevertheless a long time for anyone to spend inside of a prison.

This case will hopefully deter some people from making the poisoning of sick people into a business enterprise. The legal precedent has been set, so all of the M.M.S. sellers within the United States have great reason to be afraid. They should be afraid, and they truly deserve to live in fear. We encourage anyone who knows of a person who has sold M.M.S. or chlorine in any form as a 'medicine' to report it to the F.D.A. Readers may also contact us for help if a loved one is being poisoned by these people. We get so few chances to applaud the F.D.A. for doing what is right, but we must applaud it in this case.