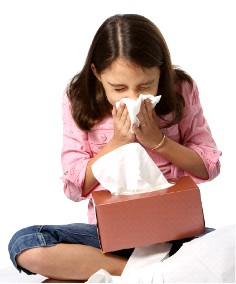 A typical allergy-prone individual has to take a pill every twelve hours endlessly if he trusts orthodox medicine to treat him, and this merely suppresses the symptoms temporarily. What we call "allergies" are actually just the symptoms of a body trying to defend itself from perceived threats, so allergies are incurable until the aggravating factors are removed, or the irate immune system is calmed. It is impossible to completely stop the histamine reactions for perceived threats, because these reactions stem from the immune system reacting appropriately. Completely stopping these reactions using standard symptom suppression techniques would mean totally halting the immune system, and it would mean death. It is why most established therapies are ultimately so futile, and why there is no sign of a pharmaceutical cure. Conversely, alternative medicine deals with the root cause of the problems, instead of merely suppressing symptoms, so there are vastly better options available with holistic methods.

Chronic allergies are caused by the overgrowth of candida albicans. This is a type of yeast that thrives in the gastrointestinal tract whenever the body has an acidic pH. There will always be some of this yeast in every human being, but it is ideally balanced by beneficial bacteria. The beneficial bacteria is commonly referred to as intestinal flora. Intestinal flora helps in the digestion process, and it furthermore aids in removing toxic materials. Conversely, candida is a parasitic yeast, which robs the body of nutrients, and it increases the toxic waste products that a body must eliminate. These two groups of organisms are two warring armies.

The U.S. Patent and Trademark Office has a patent for, Genetically Engineered Swine Influenza Virus and Uses Thereof (patent #8124101). It was filed in 2005 for approval. The makers of the human variant of the swine flu virus waited until the patent was finally approved in January of 2009, before unleashing the virus into the wild. The makers of the swine flu vaccine had begun the lengthy patenting process long before the swine flu supposedly existed, which means that the outbreak was no accident, and the virus is clearly not natural. Patents only apply to man-made items, and natural things cannot be patented. The virus conveniently went public only after its vaccine patent was approved, after patiently waiting 3 years for that to happen. The pandemic was declared just five months after the patent was approved, in June of 2009. The tremendous hysteria following the outbreak was promoted by the same groups who had invented this genetically engineered virus. The word "invented" was actually used to describe the virus in the patent application.

This is our ever-expanding list of quotes that honestly describe modern medicine. Some of them are amusing, whilst are others are disturbing. Nevertheless, they all point out facts hat we often overlook when looking at the medical establishment, and how it works in the modern age. Those who have followed us on Twitter are likely to have seen many of these before.

Vote Against Genetically Engineered Foods For Children by Boycotting Kellogg's 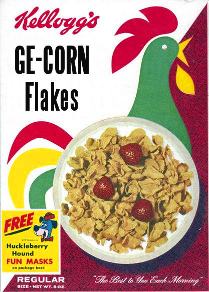 What if Kellogg's foods had honest labels? Would you buy?

"A Kellogg spokeswoman, Kris Charles, said her company, the top U.S. maker of cereal, 'would not have any issues' purchasing such sugar for products sold in the United States, where she said 'most consumers are not concerned about biotech.'"

Cereals That Talk Back To You And May Just Bite Back

The Organic Consumers Association wrote a letter to Kellogg's, requesting that they do not use genetically modified sugar beets.  One survey after another shows that Americans do care about genetically modified foods, but they are unaware that they currently consume them.  A November 2004 report by Rutgers' University showed that only 31% of Americans believe they have ever eaten genetically engineered foods.  Given the fact that processed foods contain corn, soy, and Canola; there is little doubt that almost every American has eaten genetically engineered foods, and most Americans do so on a daily basis.  Due to governmental groups working for the chemical industry, the U.S. is the only industralized nation that does not require strict labeling.  Kellogg's responded to the Organic Consumers Association.

Growing your own food makes a lot of sense, given the rising costs of healthy foods, the increased nutrition that will be gained from your own fresh produce, and the sunlight that you will get in the process. However, most people do not know which seeds they should be buying. There are multiple brands selling what seem to be exactly the same seed products, and all of these companies use industry lingo which is misunderstood by the general public.

If a seed packet does not specify what type of seeds it contains, then you should assume the worst. The seeds will be clearly labeled if they are organic or heirloom.

In the summer of 2004, Liam Scheff, an independent investigative journalist published the story of Incarnation Children's Center in New York City, where experimental and highly toxic AIDS drugs were forcibly administered to foster children of the State.  Originally published in the article, The House That AIDS Built, the story was subsequently carried by The New York Press with the title: Orphans on Trial.  Children refusing experimental medications were surgically implanted tubes to allow direct injections of drugs into their stomachs against their will.  In November of the same year, the BBC broadcast Guinea Pig Kids, a video of the story.  After airing the documentary just once, the BBC abruptly changed its position and distanced itself from the controversial story, due to threats which came from the United States.

"The FDA encourages studies in pediatric patients.  Clinical trials involving children and orphans are therefore legal and not unusual."

The single most common reason for the prescription of antibiotics in children is ear infections, and these infections also arise from time to time in what appears to be healthy adults.  In most cases, the standard oral antibiotics have very little effect on the pain, but it is not long before the ear ache naturally subsides.

Ear aches often occur when an ear gets infected.  The ears then become inflamed; making fluid drainage more difficult.  This results in an immune system response which includes fever, difficulty hearing through the 'bad' ear, mucus buildup inside the ear, and often other general signs of sickness.  However, there are other reasons for ear aches. 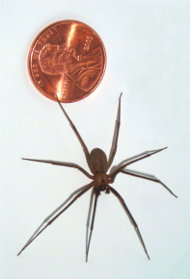 Brown recluse spiders migrate into homes in the autumn, where warmer climates may be found. These spiders reside in places with regular human movement, but they are not usually aggressive. They are known to bite when they feel threatened or trapped. Bites often occur when a spider is trapped between a piece of clothing and the human body. It is believed that they enjoy human dwellings because their nocturnal lifestyle benefits from artificial light.

Brown recluse venom contains at least 9 distinct poisons; making it similar to rattlesnake venom. It effects blood vessels in the bite area to potentially cause massive tissue destruction. The result can be horrific. A bite that is left untreated may require an amputation of the limb, and it can lead to death. The bites cause kidney failure in some people.

Silica (silicon dioxide) is used in some powdered foods to ensure that they are free flowing. It is also used heavily in the manufacture of steel, thermal insulation, electronic circuit boards, semiconductors, and optical fibers. While its industrial uses are many, its health benefits appear to be nil.

Silica is a compound that is found in soil. There are people who have made the asinine assumption that it must be beneficial to health based on this. Another basis for the assumption about silica's benefits is the fact that trace amounts of it are found inside fruits and vegetables, which could produce some minor contributions to good health, but mostly to the health of those fruits and vegetables. Supplementing with silica has not been shown to provide any health benefits to humans, and all silica supplements contain far more silica than anyone could consume naturally.

HON. RON PAUL OF TEXAS
BEFORE THE US HOUSE OF REPRESENTATIVES
November 10, 2005