There has been much recent concern regarding giving vaccines to children and the related side effects. Particularly concerning is the link between early childhood vaccines and autism. What follows will be a list of known ingredients inside vaccines, and their documented side effects. It will aid you in making informed decisions, which is something that the industry seems to be against. The corporations involved have attempted to suppress this information for decades. Readers are advised that there are additional chemicals and toxins not mentioned, because we had to base this list upon ingredients that are already public knowledge. While the U.S. Food and Drug Administration has made every attempt to suppress the disclosure of vaccine ingredients, much of the information herein was released by the U.S. Centers for Disease Control. 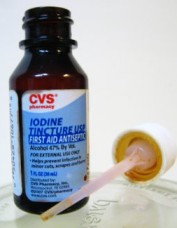