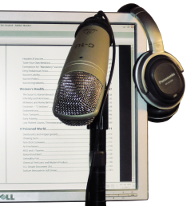 The audio edition of Defy Your Doctor and Be Healed is available from Audible, Amazon, and iTunes. It took us over a year just to find the right narrator, before we could begin the work. Former radio announcer, Philip D. Moore, was finally selected as the best candidate. We have listened to various excerpts from other audio books, so we know how terrible most narrators are. Philip was truly an exception. He recited our book so well that listeners are bound to feel as if they are being directly addressed, like listening to an old friend. He gave us exactly what we asked for: a smooth and authoritative voice that is never condescending or uppity. He gave our book the voice that it deserves, as if he had been made for the job. Moore's timing and emphasis expressed perfectly the comical moments of the book. More importantly, most people will learn more by listening to the book than they would from reading it. Of course, every individual is different, but the majority of people do indeed learn better by listening to a fatherly-sounding expert. To give everyone a taste of Moore's spectacular narration, we are including the following twenty-minute preview. 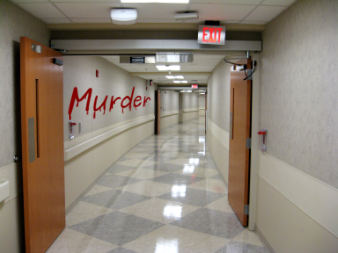 Editor's Note: We reported about the horrors and the cult of death worship within the organization that is known as Hospice in previous reports. This is your turn, for what follows are some of the messages that we have received from our readership about Hospice. These messages are entirely unedited, except for the addition of paragraph breaks for readability.

Sugars, Carbohydrates, and the Bitter Truths About Artificial Sweeteners

Being writers of health topics has conditioned us to reflexively respond to any discussion of sugar with thoughts of diabetes. It is indeed the most showcased of the sugar-related disorders, and many people have been misled into believing that diabetes is the only, or at least the primary, sugar-related disease. This popular belief is patently false, and such deceptive simplifications are tempting to embrace.

One of the lies perpetuating the confusion about sugar's role in health is namely the "sugar is bad for you" (e.g. sugar is unhealthy) lie. It is granted that most of our modern "sugars" are indeed horrible, but truly natural sugar, as designed by God, benefits human health in multiple ways. It is harmless to an individual who consumes it appropriately. It is important to pause for considering why the lie exists. It was created for the same reason that all of the other medical industry lies were fabricated. It protects the members of the medical industry, and the chemical industry upon which they rely. Instead of being honest about both the benefits and harmfulness of differing sugars, they instead blame their victims for not having enough dietary self-control whenever diseases such as diabetes manifest. However, it is what they carefully avoid saying which is especially revealing. One of these avoided facts is that sugar is necessary for human life. Sugar is next in importance to only oxygen. The two are inextricably linked in a symbiotic relationship. Most of the cells of the human body survive by a respiration process that draws in oxygen to biochemically "burn" sugar. This is how the human body derives its energy for life.

Bio-identical Hormones are Neither Safe nor Identical

Many of the effects that hormones have on the body have been elucidated, but hundreds of new effects (good and bad) are being discovered all the time. The hormones that our bodies make are tightly controlled by a myriad of complex feedback loops, metabolism, elimination, carrier proteins, etc. The bottom line is that such complexity should instill tremendous respect in any person deciding to take hormones and any clinician deciding to suggest their usage. Since the results of the Women's Health Initiative was published and clearly demonstrated the risks of over dosing menopausal women on pharmaceutical hormones, there has been an increased marketing push to find a substitute. The buzz word for the substitute is "bio-identical" hormones. 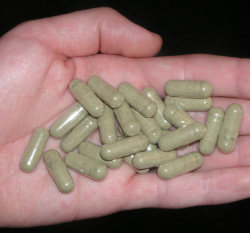 Information about these natural medicines has been sparsely distributed, but there is an underground movement of freedom fighters who are beginning to share it. This article is an attempt to unify critically important information, and to make it easily accessible for those needing serious pain relief.

We have personally tested some of these natural medicines, and we encourage our readers to not underestimate their power, or experiment with massive doses. They are strong medicines, and they should be wisely treated with respect. Consider the sap from opium poppy flowers as an example, for it was first used to make opium, and then it was further chemically refined to make codeine, morphine, and Heroin. This simple flower is still the foundation of all pharmaceutical painkillers in one way or another. 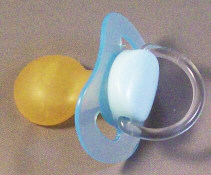 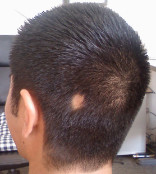 Alopecia (alopecia areata) is a condition wherein victims lose patches of scalp hair, and it does not grow back. In extreme cases, it causes complete hair loss. As is the case for many disease states that the medical establishment cannot explain, it is claimed that alopecia is an autoimmune disease. The official mantra is that alopecia cannot be cured, so its symptoms must be treated perpetually by a suppression of the immune system. Whenever the immune system attacks a part of the body, it actually does so because there is a problem of toxicity or there is a pathogen. Our research shows that alopecia is a condition resulting from a body so toxic that it must turn against itself. As such, the antibiotics that are initially prescribed often make the condition worse by increasing the body's overall toxic burden. When the antibiotics inevitably fail, as they do in virtually all cases, the doctors then typically issue steroid shots, or liver-destroying immunosuppressant drugs. The allopathic establishment insanely concludes that the immune system is the problem and attacks it. It is like blaming the smoke from a fire, and then trying to eliminate the smoke (which was never the real problem) by pumping oxygen into the burning building. This is why the success rate for treating this condition is so underwhelming when it is treated with standard medicine. 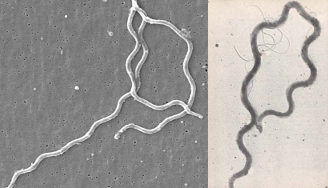 Lyme disease is pictured on the left, and syphilis is shown on the right. Notice any difference? Only a germ warfare expert could find the difference. These pictures are courtesy of the C.D.C., and the University of California at Irvine.

For the sake of brevity, most of the research that we have compiled about Lyme disease is being omitted from this edition. The omissions include how Lyme disease is a U.S. Military bio-weapon that was accidentally released from the U.S.D.A. facility on Plum Island, as was the West Nile Virus, bird flu, swine flu, and others. By the time that you read this, we may have a thorough report online, or an audio show at our site, HealthWyze.org. You may read about the illegal germ warfare program, which dates back to Operation Paperclip, in the book, Lab 257.

Finding useful and credible information about Lyme disease is exceedingly difficult, because those who have done research are usually afraid to talk about their findings. Our research causes us to conclude that weaponized Lyme disease employs a genetically-modified hybrid of syphilis, like the one that was used in the infamous Tuskegee Experiment. It lives in a symbiotic relationship with microscopic parasites that it nourishes. This explains why the disease is so difficult to eradicate. Attacking only the virus without attacking the microscopic worms can enable them to flourish, reproduce, and to breed more of the viral component. Therefore, a two-pronged approach is needed to effectively cure Lyme disease. The virus and the parasite must be attacked at the same time.

How to Heal Cavities 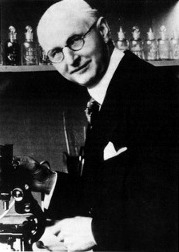 While traveling to some of the most remote regions and cultures of the world, Dr. Weston A. Price discovered that some groups which had no access to modern medicine had extremely low incidences of cavities. He discovered that the cultures which consumed foods that were high in fats and minerals had the best dental health. Some of those groups did not even brush their teeth.

When people are malnourished, dental problems are often the first indicator. Most people from the Western world believe that teeth naturally decay with age, so everyone will inevitably get cavities. Popular consensus is that teeth self-destruct. However, a person's diet primarily determines his dental health. The myth that people have no control over the deterioration of the teeth is one of the justifications for the fluoridation of water supplies, because it is tacitly contended that human teeth disintegrate without help from the chemical industry. In truth, cavities and dental malformations occur as a result of malnutrition, which is actually exaggerated by chemicals, such as pharmaceuticals and fluoride. Western foods are not only deficient in vitamins and minerals, but they also contain chemicals which impair the utilization of nutrients in the body. Tooth decay is more common in pregnant and nursing women, because these women have greater nutritional needs.