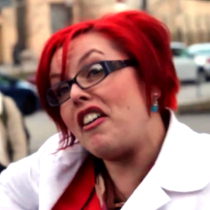 What do women really want and how can men give that to them? This question is so commonplace that no one ever stops to question why it is that we so often ask it. In fact, if one pays attention, he begins to notice that there is an entire romance industry of flowers, diamonds, and pearls based on the premise. Perhaps the entire economy is founded on that premise. Yet, the commonsensical and corresponding question of what men want and how women can please them is becoming nearly unacceptable to ask.

The sexual dynamic is a subjective interplay that applies to each person differently. In this regard, it is the opposite of the law, which attempts to be an impartial, objective standard that applies equally to all. Law strives to be abstract and impersonal, while sexual dynamics are personal and hotblooded. One is objective and based on principles. The other is arbitrary and based on tingles. Third-wave feminism, with its confounding attempts to legislate attraction and courtship, has proven to be a beguiling disaster in this arena. This is because one cannot codify the unspoken vagaries of attraction and innuendo. 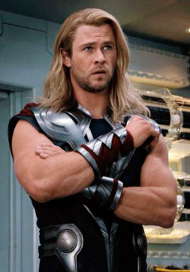 The social confusion that results is easily demonstrated. For example, if a fat, ugly man approaches a woman in the workplace and massages her shoulders from behind, he is guilty of sexual harassment. He should expect to be immediately terminated. The woman in this scenario is entitled to therapeutic counseling and a financial settlement. However, if Chris Hemsworth (Marvel Comics' six-packing Thor actor) approached a woman in an office without permission and engaged in the same behavior, then his victim would be filled with delight and would predictably rave about her encounter across social media. How does our society pretend that this dynamic is a realm wherein law could ever enter into without becoming a contorted abomination?

Of course, women need some protection from certain vulgar men. Then again, perhaps not, because this in itself is being postulated as a sexist paradigm by our sexuality police. Is the old chivalrous notion that women are like vulnerable flowers, who ought to be sheltered and protected, just a dying relic of the patriarchy? We have been told this so many times in our schools and lecture halls. Nonetheless, our instincts persist and drive us into a timeless dance with the opposite sex. In fact, women often confess in private that they wish men would behave chivalrously.

Let us consider the disgusting and macho behavior of our least civilized men. The construction industry is perhaps the last industry that women are nearly excluded. It is where men can gruffly shout at one another across the din of noisy machinery to communicate without anyone getting offended or being dispatched for disciplinary action. It is where riled-up workers can ogle and whistle at the passing ladies. Construction workers are certainly the worst. However, what about the women in short skirts, who saunter by the men, lingering, putting on a display of themselves, and lavishing in the men's attention?

The realm of sexuality trumps instinct over reason. So men have to guess at it, take chances, risk rejection, and accept the full consequences on their own. To some extent, we all remain bumbling teenagers. If our representatives made it illegal for male pigeons to pester and chase after the females, then pigeons would become extinct in one generation. (Then they would have no choice but to import hordes of Muslim pigeons to compensate for the demographic shift.) The chase is the normal and instinctual interplay that has been happening forever.

Feminists tirelessly rail about the unwelcome attention of men, which apparently pervades everywhere, and yet seem in real life as if they have never once been approached themselves. Perhaps a resentment over this is really the gist of it all. Having mined the playing field with all of their insecurities and resentments, and after having browbeaten and cajoled so many weakened institutions into playing along with their feministic mythology, any average male is framed as a predator from the get-go. All it takes is for a gnarly finger to be pointed in a man's direction and he is suddenly expelled, failed, fired, fined, and robbed of his children. The feminists have poisoned our society and created a warped social environment in which women are protected from men instead of by men. This has actually led to more true victimizations of women, since protective men are being driven away from women and are replaced by true predators, since real pariahs care nothing about the rules. Therefore, for most feminists, their worldview is a self-fulfilling prophecy of a world full of evil men.

The ongoing sex scandals enveloping Hollywood, the media, and powerful men throughout America are only scandals in the eyes of children. The notion that powerful men pursue their positions to attract women is a given. The revelation that men use their wealth and privilege to the full extent of their power, even abusing it, solely for that purpose is well known to anyone who's studied human nature, or for that matter, squirrel nature. Desire is what makes the world go round.

The most revelatory thing about the recent Hollywood sex scandals is that they mostly involve unattractive men. Handsome men are spared from feminine vengeance. Perhaps this is some biologically-determined evolutionary agenda. Perhaps the true crime is not that the men pressured women into sexual submission, but that the men did it whilst being ugly. They forced a devil's bargain upon so many women, a Sophie's choice of sorts, where the woman had to choose between integrity on one hand, and fame and fortune on the other. It is only those who chose the fame and fortune route who are prosecuting. The women who kept integrity and walked away have no case to make. Those who danced with the devil are now upset about his putrid breath. We find the worst of women maligning the worst of men, so they deserve the company that they keep.

Feminists lecture us that if a woman wants to strut around in see-through lingerie on a public sidewalk, then that depraved woman should be lauded for her liberation and courage, but any man who looks upon her with desire should be punished for having moral decadence. The brazen feminists do this whilst complaining of oppressive double standards, which supposedly impact them, and meanwhile, they remain unaware of the ludicrousness of their entire premise. There is simply no making sense of it. As a man, one has to ignore it all and hope for the best, because life demands it. The psychosis of feminism has not only taken so many men hostage, but so many women are likewise trapped inside its false morality. Feminists are pointing their pink guns at all of us, for they seek to unravel what the rest of us call a functioning and healthy society.

Feminism, in its current manifestation, is nothing but a totalitarian tool that women are encouraged to use at their whim, and whenever it becomes most convenient. It embraces 'principles', such as sleeping with the boss to get a promotion, but then suing him for 'forcing' it, and eventually hijacking his entire company, awhile pretending that it is about empowerment instead of cynical manipulation. Men simply do not have such options or a way to defend themselves. 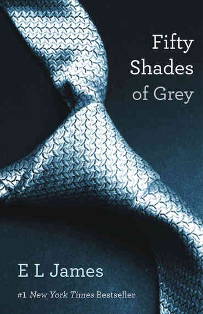 To add insult to the injuries, the feminists are demanding that we import Third-World marauders who, as a part of their religion, feel compelled to treat all Western women as cheap prostitutes and gang rape them at will. The genesis of this feministic insanity regarding Islamification ranges from simple naïveté to archaic fantasies of submission and brutality, since Western women tend to desperately crave the natural masculinity of which feminists have robbed us. Western men, our pharmacologically-neutered soy boys, with their ever-declining testosterone, and with their tails tucked between their legs from being chastised by the tone police, are no longer capable of providing the excitement it seems.

It is just too confusing and men have no choice but to ignore it and live as outlaws for any chance of happiness. Women, the vulnerable, beautiful flowers that they are, are drowning in antidepressants and alcohol, as they silently count on us for manly rebellion. The vast majority of good people in the West are being held hostage by a small minority of lunatics. The first phase of the solution is accepting that men must fight feminism for the sake of the fairer sex. It is long past the time to man-up.