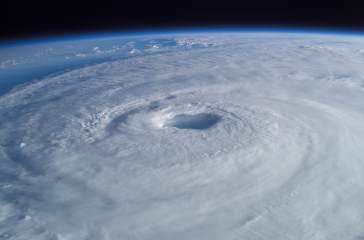 Was it God, or the carbon emissions from heating Al Gore's swimming pool? It was found that Al Gore's home guzzles more electricity in one year than the average American family uses in 21 years.

Doomsday cults have existed since the dawn of time, and the global warming panic is the most widespread doomsday cult in existence today. People have been donning sackcloths, smothering their faces in ash, and heading out to the deserts to be swept away in a purge of cataclysmic fury that ultimately never came, since time immemorial. The big media houses like to showcase the small practitioners of the apocalyptic philosophy today, like the itinerant preacher with dozens of followers in California, or even David Koresh in Texas with a compound filled with devotees. Alas, the biggest doomsday cult of them all, so large that it seemingly goes unnoticed as a cult, is the nutty, world-is-melting if we all do not repent and change our ways, cult of global warming.

This cult has grown to be so large and convincing for several reasons. One reason is that we are encouraged by our media organizations to emancipate ourselves from organized religion, in that we are impelled to become agnostic, or an atheist. They are just as happy with us becoming 'spiritual', which is either something new age or pagan, and is likely to involve crystals. The important common denominator is that we must migrate as far away from Christian tradition as possible. The majority of Americans, either at their own inclination, or at the urging of popular culture and education, have done so. So many of the self-described atheists and "casual independents" no longer feel compelled to attend church, but they still unconsciously possess a calling, as it is hard-wired into our humanity. This is a vacuum which is soon filled with yoga, cross-fit, diet crazes, athletics, celebrities, or a need for more government. In place of St. Ignatius, they have Brangelina. Instead of Jesus, they have Obama. The desire to belong to something bigger than ourselves through which we can instantaneously identify with others, without having to do any of the work of getting to know them, finding out their preferences, inclinations, and habits is a desire that is fundamental to human nature it seems. So many survey respondents who claim they're 'not really religious' possess an emptiness that is waiting to be filled.

Central to the archetypal instincts, out of which developed an incredible, ever-refining tradition of religion, of a parental figure hovering above us, is the notion that this figure will ultimately render judgment. Christianity, which to me is the highest form of religion, solved this fear of imminent doom and disaster by offering salvation through faith. This faith allows for calm, rationality, and serenity. It is grace amidst an acceptance of forgiveness and a humble acknowledgment of our eternal souls.

Not everyone sees it this way. There are plenty of Christians who revere the Revelation to John (Revelations) above all else and suspect that every passing car horn is the heavenly trumpet heralding judgment and impending rapture. They are on their toes, ready for the world to collapse at any moment, and for Jesus to whisk them away to safety, whilst their enemies eat fire and brimstone.

I am not that type of Christian. But there is a certain personality that feels inspired by such narratives. The conventional narrative has simply been replaced by the apocalyptic doom of global warming. The olden preaching of doom and righteous destruction has largely been replaced by a feel-good Jesus, who simply wants us to be successful entrepreneurs, like those who sell-out stadiums in America today. Thus, Americans have nowhere else to go to explain their sense of impending doom and judgment other than Al Gore and the Weather Channel. In place of the apoplectic preacher warning us of the Lord's impending wrath, there is the media's imagery of devastating typhoons, earthquakes, hurricanes, and the trail of destruction that is left in their wake, which they tell us is the result of using sports-utility vehicles. Surely, someone, somewhere must have irritated God 'Mother Nature'.

"And if you get down to the hard, cold facts, there's no question about it: Climate change is not happening, there is no significant, man-made global warming now, there hasn't been any in the past, and there's no reason to expect any in the future. There's a whole lot of baloney... If you’re going to get the money, you've got to support their position. Therefore 97 percent of the scientific reports published support global warming. Why? Because those are the ones the government pays for and that's where the money is."

What I propose is that every time a panic-stricken cultist warns that if you don't reuse your shopping bag, the world is going to melt like an ice cube in a frying pan, you calmly take him by the hand and gently mutter, "It's a world without end, Amen". Then order will be restored and we can all get back to peace and happiness.