Food Legislation to be Watchful of, and Misplaced Hysteria 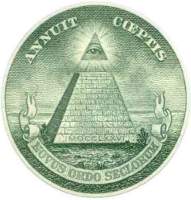 We have been seeing enormous amounts of hysteria involving U.S. Senate Bill 510, also known as the "FDA Food Safety Modernization Act", or S.510.  It would be nice if the people who have been making such a commotion about it had actually read the bill before they made compete fools of themselves.  Everything that you have read about this bill is likely wrong, in every regard.  We would like to lecture some of those air-chair expert commentators about a revolutionary concept in journalism that we call research.  Did anyone read that bill, other than me and Sarah?

Here is a typical video about this topic, from one of those experts, listed here for educational and comedic purposes.  It is incredible what people can pull out of their orifices, and present as news.

There is another bill, appropriately named "The Food and Drug Administration Globalization Act of 2009", or H.R. 759.  This bill is as insidious as its title implies.  It really does challenge the freedoms of farmers, small businesses, and organic producers.  It has been pigeon-holed in committee since January of 2009, but it would be prudent to keep an eye on it, in the event that any sort of revival takes place.  The unnecessary attention that has been given to S.510 would be better placed on this bill, and these two bills look like another case of bait and switch.  It seems like everyone else took the bait.

S.510 could actually be a good thing for us, for it gives the F.D.A. the authority to thoroughly spank Big Agri-business, like those big factory "farms" so infamous for contaminating our food supply.  The bill only applies to large corporations with multiple processing buildings on their so-called "farms".  These large-scale factory "farms" are defined as "facilities" that the bill applies to, instead of what a reasonable person would consider as farms.  Those million dollar factory-like "facilities" will be closely monitored for quality control, but the bill actually leaves regular farms and farmers alone.  In fact, farms are specifically exempted by the bill in six different clarifications.  Organic is mentioned once -- as being regulated elsewhere.  You have been had if you believe otherwise, so you might want to read through the bill for yourself.

It is worth noting that the farm protections (cited below) from S.510 were struck out of H.R. 759, and we could not determine who did it, or exactly why they did it.  Thus, we had better pay attention to H.R. 759, even though they are trying to distract us with its benign twin, S.510.

We know it is difficult for readers to believe that any reporter actually read the bill before reporting about it; especially considering how rare the congressmen themselves actually read their bills.

"(2) USE OF OR EXPOSURE TO FOOD OF CONCERN.—If the Secretary believes that there is a reasonable probability that the use of or exposure to an article of food, and any other article of food that the 11 Secretary reasonably believes is likely to be affected in a similar manner, will cause serious adverse health consequences or death to humans or animals, each person (excluding farms and restaurants) who manufactures, processes, packs, distributes, receives, holds, or imports such article shall, at the request of an officer or employee duly designated by the Secretary, permit such officer or employee, upon presentation of appropriate credentials..."

"(e) EXCEPTION.—This section shall not apply to farms, except for those that produce milk."

"(f) DEFINITION.—For purposes of this section, the term ‘farm’ has the meaning given that term in section 1.227 of title 21, Code of Federal Regulations (or any successor regulation)."

Title 21 of Code of Federal Regulations

"...(3)Farm means a facility in one general physical location devoted to the growing and harvesting of crops, the raising of animals (including seafood), or both. Washing, trimming of outer leaves of, and cooling produce are considered part of harvesting. The term "farm" includes:

"(i) Facilities that pack or hold food, provided that all food used in such activities is grown, raised, or consumed on that farm or another farm under the same ownership; and

"(ii) Facilities that manufacture/process food, provided that all food used in such activities is consumed on that farm or another farm under the same ownership..."

"The Secretary shall... ...Recommendations on whether and how to harmonize requirements under the Codex Alimentarius..."