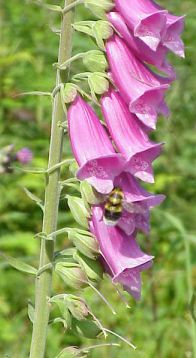 Those who practice 'conventional' medicine are quick to label alternative practitioners as "quacks" for using methods they claim have not been proven, yet have documented to work for thousands of years.  Meanwhile, they likewise follow and trust people who they have never met to do studies which they have never examined.  Information provided by these official studies are seen as more important than their own experiences, or that of their patients.  The ability to observe 'cause and effect' relationships is degraded as 'anecdotal evidence' in modern medicine.  In other words; ignore what you see, experience, or feel unless a pharmaceutical company tells you that it is okay to react in such a way -- then suddenly it's all scientific.

It is this unwavering faith in what they consider true "scientific medicine" which causes doctors to claim there must have been a 'misdiagnosis' whenever alternative medicine cures cancer or diabetes.  However, true science does not fear results or investigation.  Their version of "science" is actually more akin to a religious dogma.  Under their belief system, no healing can be done without a pharmaceutical; despite a large percentage of their own drugs being directly based upon herbal medicines.  Pharmaceutical companies extract key ingredients from herbs, so that the resultant extracts can be patented, since these chemically stripped and concentrated versions "do not appear in nature".  See the sleight-of-hand?

While at the hospital getting emergency treatment for congestive heart failure, you'll probably hope to get some "real" medicine, instead of herbal treatments.  The E.R. doctors would laugh, mock, or even become irate if you were to suggest using a tea made from a poisonous weed that grows beside the highways, such as digitalis.  They would immediately pump your body full of real medicine -- the standard pharmaceutical made from the digitalis weed extract.  It is like a case of The Emperor Has No Clothes.  If they were only educated about what they call "scientific" medicine, then it would be quite a humbling experience.  In the pinnacle of their "science", the best they can hope for in saving your life relies upon falling back upon the herbs of so-called "alternative" medicine.  That digitalis weed, by the way, is going to cost you thousands of dollars.  So who are the quacks pushing medical fraud, and a dishonest version of science?  It might be difficult for some people to determine, but I think all of us can smell the money.

No words are truer, and the fashionability of medicines has much more to do with patent expirations than sound medical judgment.  An even more common reason for their decline is because the drugs are either found to be completely ineffective, or dangerous.  If their studies were so much more effective than the "anecdotal evidence" of alternative medicine then we should know about the side-effects and effectiveness long before the ten-year mark.  Why has the same not happened for alternative therapies, even after some have been practiced for thousands of years?

Since studies are done by the very pharmaceutical companies which hope to gain billions from the products; there is plenty of incentive to cherry pick and cover-up unfavorable results.  Eli Lilly became known for doing this after falsifying studies which had linked Prozac to violent and suicidal behaviors; particularly in young people.  Did you know that anti-depressant studies usually only allow non-depressed test subjects?  Of course none of the test subjects experienced depression at the end of these studies, because they were never prone to depression in the first place!  It's called data shopping.  This is F.D.A. science in all its shining glory, and this is actually a standard accepted procedure for drug trials -- all of which are funded by the same pharmaceutical companies who will reap the rewards of the positive results that they always get.  These corporations actually buy the studies, and then buy the F.D.A.'s approval -- literally.

It could be argued that the ten-year lifespan of pharmaceuticals is due solely to ending patents, but many drugs are carried by multiple companies after patent expiration.  Drugs that "fade out" usually do so due to consumer complaints to the F.D.A., who then warns the company of possible public relations issues.  The removal of drugs due to safety concerns or ineffectiveness usually goes unnoticed, except in extreme cases, like the one concerning Vioxx.  Alas, the testing process that doctors and medical professionals place their faith in is far from perfect, or scientific.  In fact, countless studies that have been listed in peer-reviewed journals were later shown to be flawed by extreme bias, or completely faked to provide results which promoted a particular drug.

The original "quacks" were 'conventional' doctors who used mercury ('quacksalber' in German) to treat illnesses.  It is important to note that these practices still go on today, but never with 'alternative' medicine.  It is the self-accredited "safe and effective" medicine which intentionally places mercury inside vaccines and in people's teeth -- to "promote health" supposedly.  Just as the days of bloodletting and lobotomies have not been forgotten, neither will mercury, chemotherapy, or radiation.  All of these have been fully endorsed by the A.M.A. in their respective eras.  Modern (experimental) medicine is always changing, and it is doing so because it is a very new system.  Alternative medicine has been around for thousands of years, shows much more consistency, and doesn't kill people, or cause diseases with long term usage.  For what it is worth, alternative medicine does not experimentally use substances that cause psychotically violent behaviors in people already experiencing emotional issues either; nor does it have corporations spending billions to deceive us with fraudulent studies, at the expense of our health, and life spans.

The truth remains that each person will have to place his faith in one system of medicine to heal him, and prevent illness.  The question is: Who will you place your faith in?  Will it be the system that the World Health Organization (of the U.N.) ranks as 38th in the world for medical care?  More importantly, have you figured out who the real quacks are yet?