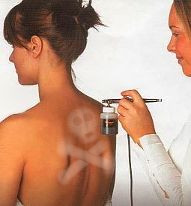 Getting the skin tanned from sunlight has been demonized by the medical establishment, regulators, and the chemical industry for over a decade, allegedly for sunlight's potential to cause cancers. As always, when dealing with these people, one must follow the trail of money to discover the truth.

In truth, a lack of sunlight causes dozens of the diseases that we see today; and in particular, it strongly contributes to over 70% of the cancers. These include skin cancers. Without sunlight, no vitamin D is produced by the skin. Without this natural vitamin D from exposure to sunlight, virtually no cholesterol can be removed from the body by the liver (because it lacks D2 to convert to D3), and the body begins hopelessly flushing out its own calcium reserves, causing cavities and bone disorders, and that's just the beginning stage of vitamin D deficiency. Ever seen millions of dominoes fall? It's like that with health, if we shield ourselves from the sun too much.

To understand the full story about the need for sunlight and the sunscreen scam, it is important for our readers to read or review our previous article, Sunscreen Lies and Cosmetic 'Trade Secrets'. It includes in-depth information about how the chemicals in sunscreens are responsible for the apparent correlation between sunlight exposure and skin cancers. (ie. People in the sun the most use the most cancer causing sunscreen.)

Tanning lotions and sprays follow the familiar pattern, whereby the "solutions" that we are given by industry actually cause the very problems that they are said to solve. It is like the case of synthetic insulins which actually do little more than cause pre-diabetics to develop into full-blown diabetics by shutting down the pancreas, or the chemo and radiation treatments that have been known for 70 years to cause cancers to develop or spread, or even the heart treatments that stimulate accelerated heart disease. The pattern is so unmistakable and consistent that one must be quite naïve not to see that these things are intentional for the promotion of the business.

"You see, there's no money in healthy people, and there's no money in dead people. The money is in the middle: people who are alive (sort of) but with one or more chronic conditions that puts them in need of Celebrex, Nasalnex, Valtrex, or Lunesta."

The Profitable Hype and Terror Apparatus 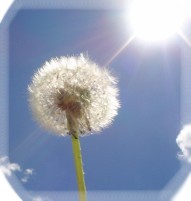 As a result of the media-induced fear of the sun, some people turn to tanning lotions. It's good that the chemo-pharmaceutical industry is always there to help, especially since it conveniently generated the fear of sunlight in the first place.

As a young teen, who had repeatedly heard the media-spin against both sunlight and tanning beds, I chose the "safer" option (or so I believed); spray tanning. Now in wiser retrospect, the chemical dying of my skin no longer seems appealing or healthy. In fact, it sounds like the equivalent of covering oneself with brown permanent marker ink. Recently, I decided to research what I, and millions of other women around the world, have placed on our skin through lotions and sprays, all in the name of a healthier alternative to natural tanning.

Dihydroxyacetone (DHA) is used as the 'active ingredient' in all chemical tanning agents. It is not to be confused with the omega-3 fatty acid, docosahexaenoic acid, which is also abbreviated to DHA. Dihydroxyacetone is usually extracted from sugar beets or sugar cane: a fact that is heavily marketed to deceptively make chemical tanning seem harmless. With the same dishonesty, marketers have likewise argued that high fructose corn syrup is safe because it originally came from corn, just as MSG once came from wheat gluten and seaweed. These are all deceptive tricks intended to make would-be customers feel as if they will be using all-natural substances, and none of these substances should ever be labeled as healthy, harmless, or in any way natural.

DHA forms a chemical reaction with amino acids on the skin surface and results in a dark layer on the skin, though the substance itself is actually clear. One study demonstrated that this results in the prevention of UVB absorption, and thereby blocks the creation of the anti-cancer vitamin D. (The chemically engineered "vitamin D" in your vitamins and milk is likely useless and cannot be absorbed.)  The study said that the tanning chemicals act like a topical sunscreen. In other words, you're wearing sunscreen constantly for days. Actually, it is only the intended effect of these products that can be easily observed for several days. It takes much longer for the skin to repair, and create vitamin D again.

"As the turnover time of keratin is approximately 2 weeks, the UV-B protection lasts accordingly. No one has measured the metabolic effects of blocking UV-B radiation with continuously intact photoprotection."

That's right, there have been no studies on the effects of blocking all UV-B light for weeks, but this is still touted as the healthy way to go. It's all scientific, you see. What's really troubling is that many women get a new spray tan every week or two, which will result in an inhibition of sunlight for months at a time, potentially. Over time, this virtually guarantees they will develop cancers, and woe be it to them if they are foolish enough to pile-on radiation through mammograms too.

Erythrulose and DHA are used in combination in some tanning agents for the maximum length of tan. They both work through the reaction of amino acids, to bronze the skin. Erythrulose takes longer to take effect, and creates a longer lasting, though lighter tan. It also helps to stop the notorious orange skin tinting that is associated with these lotions. It comes with the same risks as DHA, due to the effect of blocking UV-B absorption, and is also genotoxic, according to the Australian NICNAS (H.W. archived copy). Genotoxic substances alter the genetic structure. Your guess is as good as ours, as to what long-term effect this will have, particularly on children and grandchildren.

This solvent is present in most of the tanning products that we researched. The Material Data Safety Sheet (MSDS) for this substance claims that it is hazardous upon ingestion and inhalation. It is also a mild skin irritant, which is somewhat ironic. It is flammable, and known to be most dangerous to the kidneys. Based upon animal studies, it may cause infertility and birth defects. Ethoxydiglycol contains ether, which has been linked to cancers, developmental/reproductive toxicity, allergic reactions and disruptions in the hormones.

Well, this ingredient sounds like it could even be natural. Do not be fooled by the word games. This ingredient is actually "polyethylene glycol derivative of hydrogenated castor oil", and that doesn't sound quite so appealing, or natural. This product has actually been marketed in "all natural" cosmetics before, and as long as the F.D.A. conveniently chooses not to define the word 'natural', then such deceptions will continue. This chemical has safety concerns regarding contamination with the known-carcinogen, 1,4-dioxane, which occurs throughout the standard manufacturing process. The manufacturer can choose to remove this contaminant, but there is very little motivation for them to do so. After all, contaminants do not have to appear on ingredient labels. In addition to contaminants, the Cosmetics Database reveals this substance as a hazard, and may damage the sense organs.

Paraben's bio-accumulate in the liver, breasts, and fatty tissues. They are known for causing skin irritation, dry skin, sensitizing the skin, and triggering allergic reactions. They have received a lot of media attention, because some studies have linked them to breast cancer. The ingredients remain very controversial, but of course, the F.D.A. maintains these are safe for absorption into the skin, and thereby into the blood.

Chemicals that hide in the ingredients list under the heading 'perfume' are 'commercial trade secrets'. In other words, you supposedly have no right to know what these ingredients are, or what their related health implications are. Hiding ingredients behind the term 'perfumes' is another trick for deceiving potential customers about a product's safety implications.

These are cosmetic coloring agents. They are completely unnecessary, since the real tanning agents are clear. Tanning lotions do not work by dying the skin, but by causing a chemical reaction. So, these additional dyes were added to ensure that the results seem instantaneous. They are included because most women would become nervous if they realized that a clear chemical was reacting with and discoloring their skin; so these creams are easier to market if there are dying agents that turn them to a brownish color. Some of these dyes absorb through the skin, while others come off on a towel after the first shower.

In addition to transdermal absorption of these chemicals, inhalation will also occur with spray tans. Most of these have not been tested for inhalation dangers, and this may only be something that we learn about in several decades time, when popularity and studies increase. Perhaps these will happen after enough children have been born with "genetic disorders".

Some tanning lotions have far more chemicals than we listed, but most contain at least this collection. While pretending to save us from the sun, big chemical companies provided an option which is far more dangerous than sunlight ever was. First, we were told to always wear sunblock products, which are known to alter the DNA, and cause cancers, and then we were told to dye our skin with a different set of cancer causing chemicals. These chemicals will undoubtedly increase the rates of cancers, by blocking UVB light for weeks at a time, which is needed for vitamin D, calcium absorption, and cholesterol processing, among other things. While we were told that chemical tanning is a safe option, there have never been independent, 3rd party, double-blind, peer reviewed safety studies. It is another pattern we have seen again, and again.

Sunburns are not good for the health, but everything should come with moderation. A lack of sunlight is more dangerous in the long term than over-exposure. Use common sense, while getting some sun exposure regularly. It is always wise to remain indoors during the hottest time of the day, if possible. Sunlight is the healthiest, easiest, and cheapest way to tan, and prevent life-destroying chronic diseases.

More About Triclosan: How The Chemical Industry Is Secretly Poisoning Us Again