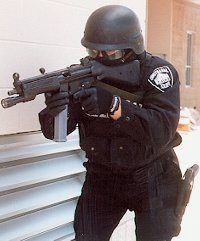 U.S. Attorney General Eric Holder has stated that if proposition 19 passes, the U.S. federal government will nevertheless enforce its own set of drug laws. Non-American readers will immediately notice the corruption and absurdity of having two completely separate sets of criminal laws, by two sets of competing governments in the same nation, but it is so normal in the U.S. that Americans sadly do not even notice it.  Likewise, many non-Americans are probably giggling to themselves about the "land of the free".

Holder is part of the same administration that promised not to prosecute medical marijuana dispensaries, whenever they are in compliance with sovereign state laws.  If the Obama Administration does indeed attempt to enforce national drug laws contrary to the will of the people of California, then it will be in direct violation of its own stated principles, and Obama's Presidential oath to uphold the Constitution.

Amendment 10 of the Bill of Rights: "The powers not delegated to the United States by the Constitution, nor prohibited by it to the States, are reserved to the States respectively, or to the people."

We can assure our readers that nowhere in the U.S. Constitution is there a clause that allows the federal government to ban the citizens of any state from growing plants in their gardens.  In fact, the federal government is empowered to do little more than raise a military for continental defense, and to regulate inter-state commerce (like a referee).  So as a general rule, federal laws themselves are typically illegal.  Even the federal system of taxation through the I.R.S. is banned by the U.S. Constitution, and (income tax) Amendment 16 was never ratified by the states.

In order to make the law of California matter, state law enforcement would have to arrest those who come to arrest "marijuana" users.  Federal agents would have to be charged in the same manner as anyone else who illegally invaded people's houses in the middle of the night, drew guns on sleeping families, and then kidnapped individuals.  Whether the state will react in such a manner remains to be seen.

It has been a surprise to the prohibition crowd that massive numbers of police officers have supported proposition 19, but they are the ones who see the horrific effects of the drug war.  They witness first-hand when families are torn apart, and they know that the drug war only fuels the black market, but it does nothing to prevent typical drug use.

When federal agents go to California to impose drug laws that have been abolished in the state, law enforcement will be left in the most important position.  They will define whether states are willing to enforce their own rights, and if the will of the people really matters.

"As we saw with the repeal of alcohol prohibition, it takes action from the states to push the federal government to change its policies... If the federal government wants to keep fighting the nation's failed 'war on marijuana' while we're in the midst of a sagging economic recovery and two wars it just proves that the establishment politicians' priorities are wrongly focused on maintaining the status quo."

At present, polls regarding proposition 19 are tied, and will be determined largely by voter turnout, and perhaps the use of (often rigged) electronic voting machines.  If the bill passes, there will no doubt be a domino effect all over the country of saner drug laws, which do not punish people for using one of God's best medicines.  Under current laws, the poor and sick get hit the hardest.

Regardless of opinion, prohibition destroys lives more than marijuana does, and the so-called "War on Drugs" has been more of a war upon the Bill of Rights.