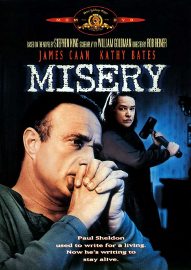 For some people, employment in this environment is a career move. The author understands that some people work in hospices to genuinely care for those who are dying, but it is generally only the truly warped who can remain for years. Death management, and pacifying those who are dying with drugs should never be anyone's career.

People who are admitted to hospices will usually die much faster than if they had been sent home or kept in a hospital. Hospice staffs work to rush the dying process by whatever means possible, and justify their murders with excuses of "eliminating suffering". At a hospice, there is very little medical help available, and the staff are desensitized to people dying. This desensitizing process is their initiation into the death cult. In fact, it is their official job to "allow people to die", as we have heard from them personally. This makes them much less likely to try to continue life, and to instead stamp it out. Such places are like Planned Parenthood centers for the elderly. It is common for "patients" to be kept in drug-induced coma's and dehydrated, after being admitted to these places. The families of victims are usually too distraught to question the staff, or their "treatments". By the time the loved one reaches the hospice, a family has been the recipient of a medical "shock and awe" campaign, and this game is slickly played out in a manner worthy of an Oscar Award.

The people in hospices are not given a choice of treatments. They are always treated as if death is imminent, and everyone is just waiting for them to pass. They are sent to a hospice to die because they have become an embarrassing inconvenience to doctors and the relevant hospital, and are not meant to live. There is no going home, and they'll proudly tell you that at the front door. Very few people escape these vultures. 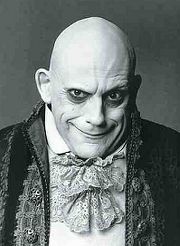 Hospice staffs tend to have an obsession with death. Not only is it the single source of their income, but also it is the warped theme of their celebrations, like something from 'The Adam's Family'. It is normal for hospices to have annual commemorations, in which they celebrate those that they have "helped die" during the past year. A quick Internet search can confirm that these celebrations really do happen all around the country. If such events were held by any other group, then they would be declared a satanic cult, and rightly so.

We recently attended one such event. It was, quite literally, held under black lights. Plain paper tags with the names of the dead hung from fake white Christmas trees. Notice the re-occurring pattern of darkness and symbols of death. The local hospice was celebrating more than 1,800 deaths, at their hands, that had occurred during the past twelve months.  The supposed preacher lectured about how death was an attainable goal to end the suffering of life, and that life was full of one suffering after another. Unsurprisingly, this "preacher" admitted that he was afraid of dying, as he probably should be. Neither salvation, nor the afterlife, was ever mentioned by this "preacher".

Modern allopathic medicine has become a mainstream religion in itself, and the death cult of hospice is an even more twisted derivative of it. The 'science' of modern medicine is worshiped, even when it is more political than scientific, and even when it obviously fails. Questioning it is not allowed. Unbelievers and critics are quickly silenced, using every means possible; usually by denouncing them and their ideas, without honest investigation. The hospice cult is usually left to finish off the work that was done by allopathic medicine. Hospices are perhaps the worst part of modern medicine, because they do not even try to extend lives. Most regular doctors are brainwashed into believing that they are helping people, but that cannot be said for those involved with this death cult.

If your loved one is ever extremely sick, sending them to a hospice will ensure that person's death. In fact, judging from what we have found about some of their cruel "treatments" (ie. starvation), sending a completely healthy person to a hospice for a couple of weeks could be just as fatal.

Palliative is a term that is often used in hospice-related brochures and titles. Few ever consider the meaning of the word. As shown in the actual dictionary definitions on the left, palliative is a way to excuse an act that is obviously immoral. It specifies that there is never an attempt at curing, only at concealment of activities. It is a word that describes intentional deception concerning stimulating death.

Update: We now have audio evidence of the death worship that is espoused by hospices. Please see our newer article, Hospice Revisited: This Time With An Undercover Recording Device.