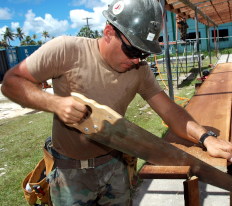 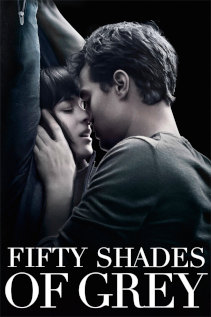 Reading books in the safe environments of their homes, women are free to fantasize about whatever they want. They are not typically reading books about effeminate men, who treat their partners with equality and respect. Women, in general, have a biological craving for men who take charge, who provide protection and resources, who are not afraid to be strong and even a little rough around the edges. The average woman is not consciously seeking a sexually aggressive billionaire as a realistic life partner; but within fantasy, such a character can obviously fulfill her cravings for undiluted, unapologetic masculinity, which is becoming more and more rare in the real world.

If the book's male leading character, Christian Grey, is broken down into his basic elements, the fantasy becomes unmistakable. The provider of resources is exaggerated into a billionaire, who can whisk away his lady love to exotic locations at a moment's notice. They will never want for money; because he has it all. His sexual aggression and history of abuse merge into an extreme version of the "bad boy" stereotype. Only one woman could possibly tame his wild spirit and soothe his damaged heart, and every reader wants to believe that it is she who is that one special woman. Even Christian Grey's over-protectiveness builds into the fantasy; by portraying him as a warrior-like man who keeps rivals and threats away from his delicate, lady-like companion.

Meanwhile, men in the real world are afraid to exhibit any of these characteristics. Men with good jobs are often shamed and told that they only hold such high-powered positions because of their 'male privilege', not because they worked tirelessly for years to get there. Heaven forbid if a man were to show any dominance in the bedroom without first having gotten written consent that was signed in triplicate. The natural response is for decent, kind men to bow to the demands of feminism and become less overtly masculine. 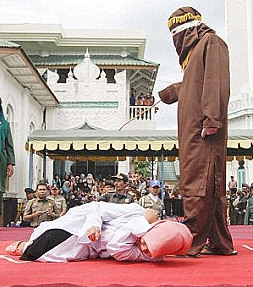 Muslim woman receives a public beating for standing too close to her boyfriend.

Whenever radical feminists accept that they are still biologically attracted to 'toxic' masculine traits, even though their colleagues deem them wrong for feeling that way, then they too have decreased the supply of good men with masculine traits, while the demand for them has remained the same. With the demand for masculinity staying the same and the supply dropping, what happens? Feminists now want to import hyper-masculine, aggressive men, who have been culturally conditioned not to bow to the demands of women. Regardless of anyone's opinion of Islam as a religion, the facts are that men from Islamic nations have grown up in a culture that believes it is perfectly fine to degrade women, treat them like property, and to abuse them on a whim. Conveniently, the feminist-driven Muslim influx gives the left another excuse to wholeheartedly deride men in general and to complain about rape culture, which then perpetuates the social dysfunction further, as it evermore forces the good, decent men to feminize, in order to distance themselves from what is newly purported to be 'the problem'. It sounds like the epitome of a logical fallacy to report that feminists and leftists are perpetuating their own victimhood by demonizing our native men awhile arguing for exceedingly more aggressive men to take their place.

If we take the Fifty Shades evidence out of the equation, could it be that women really are more likely to find feminine, pacified men more attractive? Recent studies conducted in the United States, Europe, and Australia and published in the Journal of Public Economics confirm that the answer is still 'no'. These studies show a strong correlation between conservative viewpoints, physical strength, and a man's overall attractiveness. Interestingly, the results clearly indicate that the men who are rated the most attractive are most likely to be patriotic and possess traditional masculine traits, both in physique and in personality. In other words, Captain America surpasses the gender fluid soy-boy in practically every case.

The societal problems caused by the vocal feminist-left are many. Hyper-aggressive men from Islamic nations do not mesh well within Western societies, and Western men who would otherwise be wonderful, desirable partners have been browbeaten into submission. Average, everyday women who want to be with a male partner are left with fewer and fewer decent options, further eroding the traditional family unit. This, in turn, leaves children with fewer male role models. The damage to our society cannot even be estimated.

The answer to these problems is to reject the call for even more politically correct behavior. Pacifying the voices who shun traditional masculinity will only push society further toward its own destruction. A "mind your own business" approach would solve the issue overnight, as the problems stem from busybody elitists. Let our men be as masculine as nature intended, and allow women to be attracted to masculine men without condemnation. Liberal women who are seeking effeminate, liberal men have plenty of them to choose from, but wish to ruin life for the rest of us, out of their envy.

Video: The Cancer of Feminism and Toxic Femininity