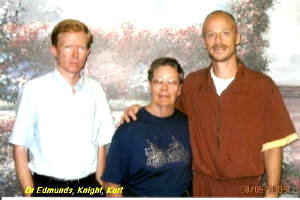 Psychologist and guest columnist Dan L. Edmunds describes the the brokenness and corruption of modern psychiatry from first-hand observations.He explains how it has become locked in a self-defeating paradigm of enslavement instead of empowerment, which is now more like a penal system than a mental health system.

One of my clients, a thirteen year old boy, related to me about his prior time at a residential treatment center.  He said that many of the staff would call him and the other children by obscene names, that he often felt bullied, degraded, and "like I never was a human being".  The father of this young man told me that "you have done more for him in a few weeks than many did in years."  This was a kind compliment, and I was pleased that I was able to make a contribution to this boy's life; but beyond that, I began to think what exactly was different in my approach with this young man that has allowed a connection to blossom forth to help him progress in a short period that was contrary to what he had received in years of prior 'treatments.  I found the answer to this in what I sought to create, and I believe this is the key to any genuine emotional healing relationship.  Beyond that, I radically tore down the barriers that would separate us.  I tore down the hierarchy.  I did not bully him or seek to use my position to force or coerce.  From the beginning, I informed him that he was in a safe place to be his actual self, a place where he could feel comfortable to express whatever he chose without judgment or hostility.  It came to be that whenever crises arose, he would often seek me out. Many treatment programs today are based on staff being in positions of power over the person and seeking to modify the way the person thinks and feels by a system of manipulations.  Those who conform to this are said to be 'improved' and are discharged.  But I have never seen any real progress come from such treatment.  This is because it was never based on genuineness, it was never authentic.  We know that residential treatment facilities are costly and we know that the success rates for such programs are very low.

Why are we afraid to empower young people?  Why are we afraid to use shared energy and power?  Why is it that we adults who have created a warped society filled with wars, greed, corruption, poverty, and injustice feel that we have more wisdom and the ability to control our young people?  I find that much of what is termed conduct problems among our young people are the result of what they have received from adult society, or is a futile and unfortunately self destructive attempt to remove the shackles placed upon them by this corrupt society.

Residential treatment centers are like concentration camps.  This indeed many be a strong statement.  But we have taken a group of youth who have often been the scapegoats in their families and we have incarcerated them in facilities against their will, dehumanized them, and used power, control, and force to seek to make them be as 'us.'  Imagine if we took the funds channeled to these residential treatment centers (which are often for-profit) and we invested it towards alleviating poverty, for educational programs, for assistance to mothers, for parental skill transfer, etc.  We do not want to invest in these things because it would actually make a difference, it would elevate and empower people and this would be a huge threat to the status quo and the oligarchic system under which we operate.

Often young people come to me and will complain about the injustices of the world and the unfairness of their lives.  Sadly, the countless examples of corruption and greed seen in adult society makes them feel powerless.  I think of the judges in Luzerne County, Pennsylvania who profited from sending juveniles to detention facilities for lengthy periods for minor offenses.  When young people see and endure this, it is no wonder that they become complacent.  But their complacency is what I find most disturbing.  In the past, youth often would stand up vigilantly to defend their rights and the rights of others.  Now there is just apathy.  People sit back and take the abuse from the system.  They have become disenfranchised and disillusioned.  But the message I send to young people is that yes, life can be unfair, it can be absurd, there are many unanswered questions, but through our experiences we maintain the choice to be complacent or to press on.  We can take our painful experiences and transform ourselves and our world and those around us.

I was inspired to enter the counseling field after encountering a woman who endured years of abuse, but who made the choice to empower herself and others by creating a place of sanctuary for those who experienced such brutality.  She pulled many out of the darkness of despair because she could journey with them, she had been through their darkness, she knew where they were.  This is a powerful theme  the journey with another person.  To simply be with another person, particularly when they feel alone in the world.  This has a dramatic impact on a person's well being.  But that is not how most 'treatment works. Rather, 'treatment' seeks to do things to you instead of being with the person.  Be it psychiatric drugs, electroshocks, or restraints, all of this is something we 'do' to alter the persons experience and to bring them to our sense of normality'.  But is it good to be normal?  Is there something better about this?  Laing had commented that normal people had killed millions of other normal people in this past century.

I find the Myth of Sisyphus as related by Albert Camus to be a powerful and inspiring story.  Sisyphus is condemned by the gods to roll a rock up a hill for eternity, when he reaches the top, it falls again, only for him to have to do it all over again.  This is often a metaphor for our lives, how we feel trapped, that we must go through the same mundane things over and over, however Sisyphus presses on because he maintains a spirit of defiance.  I believe this spirit of defiance is what helps us to continue onward and develop new meanings.  We are constantly revising our meanings, we are constantly reviewing and revising our lives.

Oppositional Defiant Disorder is a popular diagnosis for young people who would dare to be angry or challenge what adults tell them.  Granted, this defiant attitude can be productive or destructive.  The spirit of defiance I refer to is one that causes us to think critically and to take action, not just for our own benefit but for the benefit of others.  The example of Martin Luther King Jr. is one of this spirit of defiance leading to radical and needed change.  His was a non-violent spirit of defiance and that is what is needed to evoke any lasting change.  If it is not non-violent then we just contribute to the cycle of misery and despair that individuals so often become entangled within.

I have known that for some of my clients they have felt as though they are trapped in a prison.  A prisoner of their own minds, haunted by visions of the past.  I do not find it helpful at times to rehash the past history of traumas.  We can know what the traumas are but a regurgitation of all the details does not bring healing or move the person forward.  It is often necessary to simply journey with the person, and for them to come to a point of patient acceptance.  This means accepting things for what they were and for letting go  not inflicting more wounds upon ourselves or having a constant dialog with ourselves of "what if" or "why me"?  This patient acceptance allows us to come to a sense of peace within ourselves, and with what is around us.  But when I say patient acceptance, I am not stating that we must accept being abused or oppressed in the present.  Instead, we must be an active agent of our liberation and the liberation of others.  This can only come about by turning away from a victim stance and becoming empowered to transform ourselves, and in our small but significant way bring peace and solace to others.

I believe that one role of the therapist that is basically forgotten today is to be an activist.  If we truly want to see people happy and free from mental anguish, then we must take a role in championing the basic rights and dignity of all human beings.  This activist role has been lost because the current medical-pharmaceutical model in the mental health system would tell us that everything is a chemical problem in the brain of the person.  If this is the case, then there is no immediate need to change our environment, or the way our society operates. because it has not had impact on the distress of the person, for it is all in the wiring of their brain.  This medical model has led to stigmatization, greed, and has stifled understanding of individual experiences of the powerful social, familial, and political processes that leads to distress.

Seek permission from the author for republication.  This guest column is copyrighted and does not fall under our Liberal Copyright Policy.  This article was published here with the author's permission.