People assume that restaurant plates, utensils, and cups are dried using heat, not chemicals. Few restaurants simply dry their food utensils after washing them nowadays. They are using so-called "drying agents" on everything except for the tables and chairs, and perhaps we would have cause to shudder if we knew what was being used on them.

What we found particularly disturbing is that plenty of the major brands refuse to even disclose their ingredients, and jealously guard them as trade secrets. Jet Dry and Cascade, the leading brands of consumer drying agents, claim that their ingredients are proprietary; and therefore, will never be publicly disclosed. Even the Material Safety Data Sheet available from the National Institutes of Health does not list the full ingredients, in order to protect these corporations, in disregard of U.S. law.

Many people, particularly in hard water areas, choose to use drying agents ("rinse aids") to avoid blotchy stains on dishes. The fumes are known to cause coughing and dizziness when dishwashers are first opened. People will undoubtedly inhale these chemicals, as well as ingest them from the cookware. As a result of the associated health problems (particularly from inhalation), health-conscious consumers are switching to white vinegar to get the same result. Drying agents are used in the final rinse cycle, so they dry onto the dishes. The residual chemical coating is intentional, as a means to remove water and minerals.

In a restaurant, this applies to every plate, bowl, utensil, glass, and even the pans that are used for cooking. The chemicals seem to be far worse in restaurants than those that are used in household drying agents. When eating out, there is no way to avoid consuming the drying agents. While we could find serious negative health implications for virtually every chemical that we discovered in drying agents, we shall focus on a select few for the sake of brevity.

It is amazing that chemists were able to combine three separate sources of aluminum into a single product. Aluminum is a heavy metal toxin that is slightly less toxic than mercury. Like mercury, aluminum in even trace amounts will persistently attack the brain and central nervous system for many years. It is already documented to cause Alzheimer's disease, autism, cancer, lowered fertility, and brittle bones. It particularly reeks havoc in the bodies of older women, since it effects the body like an estrogen substitute. In these women, it causes breast cancer, osteoporosis, and brittle bone disease. Despite being listed in the Hazardous Substances Data Bank as a skin, eye, and lung irritant; sodium aluminosilicate is present in restaurant drying products, and it is placed inside some foods and spices as an anti-caking agent, with the full approval of regulators. Aluminum is particularly bad because it accumulates deep inside the body, causing dozens of disease conditions over time. The body cannot normally eliminate it. Aluminum has become a favorite of the chemical industry, and it has become difficult to avoid. It is in most store-bought breads, some baking powders, pharmaceuticals, vaccines, and even the tap water.

The "cyanide" part of these ingredients should be emphasized. Restaurants are actually spraying dishes with cyanide, and allowing it to remain on them. When it contacts an acid, sodium ferrocyanide releases the extremely poisonous hydrogen cyanide gas. This is the infamous zyklon B gas that was reported to have been used by the NAZI's. Sodium ferrocyanide is also used in photography for bleaching and toning. It is highly toxic in the lungs, blood, and the mucous membranes. It is known to cause organ damage with prolonged exposure. It is especially hazardous when ingested. If a truckload of this hazardous material is spilled, clean-up crews are required by regulations to wear full environmental suits with self-contained breathing apparatuses. Nevertheless, it is being sprayed on restaurant plates, glasses, and utensils.

Inhalation of potassium ferrocyanide results in coughing and shortness of breath. Skin contact will cause pain and redness. Any contact should be immediately diluted with large amounts of water. If it is involved in a fire, or if it comes into contact with a strong acid, then it will emit cyanide gas. 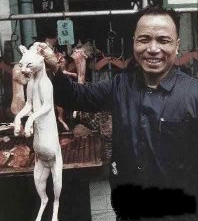 Whilst researching these ingredients, we were hoping that "bone" was merely a chemical-industry pseudonym for something that was never alive. Bone phosphate is really made by grinding bones and teeth into a powder. Tricalcium phosphate is a very similar bone-based compound. It is frequently added to spices as an anti-caking agent. If you feel uncomfortable with eating ground up bones, which have been soaked in a hydrochloric acid solution, then we recommend that you avoid bone phosphate, calcium phosphate, and tricalcium phosphate.

The Material Safety Data Sheet for this chemical reads, "Do not swallow". It is a skin, eye, and respiratory irritant. In other words, it should never be in or around foods. Ingesting large amounts can cause convulsions and unconsciousness. Silica dust is a known carcinogen when inhaled.

Inhalation of sulfamic acid results in laryngitis, coughing, permanent lung damage, bronchitis, and damage to the mucous membranes. As a corrosive agent, ingestion of sulfamic acid burns the mouth, throat, stomach, and can lead to death. There have been no studies on the cumulative effects of ingested sulfamic acid, because it has been assumed that people would not be eating this chemical.

It should be evident that restaurant chemical drying agents degrade human health. The use of aluminum in these products is especially disturbing because of its cumulative property. Each exposure increases the aluminum content in a body, thereby increasing the risk of Alzheimer's disease, multiple sclerosis, various cancers, hormonal problems, bone diseases, and it will absolutely reduce a person's I.Q. Save yourself and your family by cooking your own wholesome foods.

Selective accumulation of aluminum and iron in the neurofibrillary tangles of Alzheimer's disease: A laser microprobe (LAMMA) study, Annals of Neurology

Metalloestrogens: an emerging class of inorganic xenoestrogens with potential to add to the oestrogenic burden of the human breast, Journal of Applied Toxicology