We recently uncovered research on salvia divinorum's ability to curb the cravings for heroin and cocaine amongst addicts.

Salvia Divinorum is a perennial herb and a member of the sage family.  It was commonly used by the Mazatec Indians medicinally for the management of cluster headaches, diarrhea, rheumatism, and anemia, according to Leander Valdez III, Jose Luis Diaz, and Ara Paul of the University of Michigan.  The Mazatecs also used the leaves in large doses (50-100 leaves) to induce altered states of consciousness, which they believed helped them to intuitively detect the root causes of ailments.

Studies are slowly revealing more information about the wide range of benefits of Salvia Divinorum.  Unfortunately, the studies and research do not come quickly, especially when there are no large pharmaceutical corporations to fund it.  These companies refuse to fund research into natural substances such as herbal medicines because natural substances cannot be patented, and they may even eventually compete with their patented drug monopolies.  Neither will the F.D.A. fund research into any 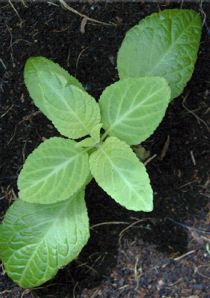 herbal products, and it uses this lack of research as an excuse to prosecute people who make “unapproved medical claims” about herbs to stifle useful labeling on herbal products.  This is a policy of stifling the free exchange of any information that would allow competition with its establishment.

Professor Bryan Roth, director of the National Institute of Mental Health's Psychoactive Drug Screening Program said, "We think that drugs derived from the active ingredient could be useful for a range of diseases: Alzheimer’s, depression, schizophrenia, chronic pain and even AIDS or HIV."

It is troubling that this incredibly beneficial herb may well be banned before its true benefits are known.  Salvia Divinorum is a known hallucinogen in high doses, and it has become popular with young people for this reason.  While this herb is still legal in most of the world, and the majority of U.S states, this is rapidly changing.

When used in excess as a hallucinogen, the hallucinogenic effects only last for 5 to 15 minutes.  Sometimes it is even less.  The experiences that are obtained from concentrated doses of this herb may include loss of body awareness (e.g. the sense that a person has become one with numbers, household objects, etc.), a feeling that one is present in an alternate reality (alternate dimension), ineffability (difficulty describing the experience with words), nature mysticism, and an increased intuitive insight.  (Hanes, 2001)  The herb provides these effects for less than fifteen minutes.  Then it leaves the user with a sense of tranquility, and an increased ability to focus for about 24 hours.  During this time, the patient is more easily amused, and retains a heightened awareness of his surroundings.  Outbursts of uncontrollable laughter commonly occur for several hours after use, and is reminiscent of laughing gas, but more intense.

According to Dr. Karl R. Hanes, Ph.D, Salvia Divinorum has proved to be very useful in treating the depressions of his patients.  The herb was beneficial in treating 5 out of 6 patients in relieving depression, but his studies were forcibly ceased when the herb was made illegal in his homeland of Australia.

Dr. Hanes reported, "Although it is too early to draw definitive conclusions regarding the antidepressant potential of Salvia Divinorum, initial results are promising, with the majority of patients reporting lasting benefits from their use of this herb.  In addition to significantly reduced scores on quantitative measures of depression, some of the reported benefits of the herb include mood enhancement and increased feelings of relaxation and self-awareness.”

Partnerships and Sponsorships With Big Media By Big Pharma 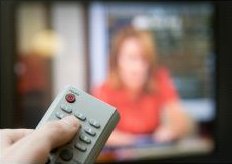 Despite the obvious benefits, the media has repeatedly attempted to compare the herb with illegal drugs, such as LSD; which implies that salvia is not only dangerous, but that there needs to be hasty intervention leading to a ban.  However, salvia is significantly unlike L.S.D.  The two substances are not chemically similar or related.  They are used in different ways, and they produce entirely different effects.  They manifest their effects over completely different timescales, which is crucial in understanding any possible dangers that may be associated with their abuse.

"Once the media touches a story the facts are lost forever."

The media powerhouses have disbursed a very slanted perspective of Salvia Divinorum using headlines such as "Dangerous Herb is Legal" to describe it.  No positive benefits have been reported by the mainstream media organizations.  They are instead propagandizing it as being in the same category as the very worst mind-altering drugs.  Of course, they never slip-up against their sponsors to compare salvia against the legal prescription medications that do similar things -- only much less safely, and they never have the same level of criticism against the pharmaceuticals which do actually kill thousands of reasonably healthy people every year. 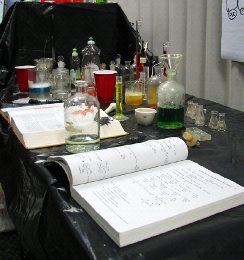 The word 'pharmakeia' upon which the modern word pharmaceutical is based is the ancient Greek word for sorcery (ie. the forbidden black arts pertaining to witchcraft).  Sooner or later, society will have to acknowledge that there really is no comparison between naturally good, God-given herbs, and the sorcery of chemically engineered potions designed by men to alter nature.  The difference between God-made and man-made really does change everything.

Salvia does not kill people, is non-addictive, has vast medicinal uses, and it is practically impossible to have an overdose of it.  The only contradiction is that salvia is not to be experimented with alone; especially in high doses, because some people may panic from its hallucinogenic effect.  These effects last for a very short amount of time, and a person can be quickly snapped-back into reality by dousing him with icy water.  This is a free, unpatentable, natural antidepressant that does not cause violent tendencies, suicide, fits of rage, hate, anxiety, addiction, heart trouble, brain tumors, cancers, or sexual side-effects.  It even cures the addictions of other drugs, possibly even curing addictions to dangerous antidepressant pharmaceuticals.  Despite these positive effects, pro-pharmaceutical legislation against it continues to move forward in one state after the next.

"Salvia doesn’t cause the typical euphoric state associated with other hallucinogens like LSD. The drug targets a receptor that is known to modulate pain and could be important for therapies as far reaching as mood disorders."

Whenever politicians hear of a substance that may cause an altered state of consciousness, they rush legislation forward to stop its use -- that is, except for potentially profitable pharmaceuticals which might aid their biggest benefactors.  Policymakers rarely seem to investigate the facts before making rash decisions to outlaw substances.  More importantly; they fail to consider public interest.  It is not the job of government to imprison as many people as possible, or to restrict anything it does not understand.  Its job is to represent the will of the people.  Placing bans on non-harmful substances causes anger throughout the country, fosters a sense of defiance concerning even legitimate laws, creates a system of profit for drug dealers, and fills the prisons with harmless, otherwise law-abiding people.

"America's alcohol prohibition lasted 13 years, filled the country’s prisons, inspired contempt for the law among millions, bred corruption and produced Al Capone.  What it did not do was keep Americans from drinking."

Prohibition is equally effective for herbs like salvia.  If salvia were made illegal, the abusers would not stop using it.  Instead, they would purchase it in impure forms at higher prices.  The stigma created by banning salvia would actually attract more young people to it as a way of rebelling against illegitimate authority, and who could blame them for 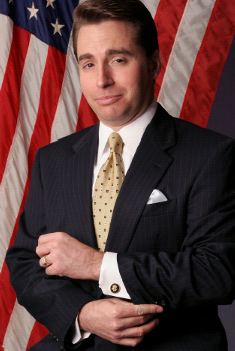 espousing this truly American attitude?  The market would soon be taken over by drug dealers, instead of herbalists.  The herb would undoubtedly be mixed with toxic substances to yield greater profits at a lower value.  There would eventually be thousands of harmless people who would be locked away because they attempted to treat their depressions, or eliminate their drug addictions with salvia.  Such people would be victims of opportunistic politicians, who do not consider the damage that they do to families, or the importance of personal liberties.

Politicians are quick to claim that their actions to condemn such plants are in the interest of public safety, because banning the plants would stop any possible abuse of them.  However, those who would seek to abuse the properties of salvia are the same category of people who would continue to use it despite any legislation.  Placing restrictions on a substance only restricts those who are already using their common sense, and who are generally responsible people: in much the same way that locks only keep out the honest people.  The druggies frankly will not care which laws are created.  The kids who experiment with salvia will not care either, but the difference will be that many of those teenagers will spend a large portion of their lives in prison, for violating a victimless crime against an illegitimate law that was written to protect the profits of an elite few, whose products do indeed have compelling reasons to be banned.  Has the so-called “Drug War” taught us nothing?

Can salvia be abused?  Absolutely.  So can Burger King, McDonald's, aspirin, Prozac, Pepsi, Coca Cola and alcohol.  In fact, all of these have been abused extensively, but they remain legal even though they are exceedingly more dangerous than salvia.  One of the reasons for them having remained legal is because in each case there is a large company, or an entire industry which profits from them, despite the fact that they are sold at the expense of our health. 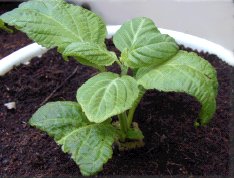 Money has a tremendous impact on the American laws; whether we wish to acknowledge it or not.  It has a much bigger impact on policy than either public safety or research.  Just like all other plants and herbs, salvia cannot be patented or monopolized by the pharmaceutical cartel, and it can be easily home grown.  So, it has no backing from multi-million dollar corporations.

We should not be surprised if salvia is soon banned in your state too, but at least Prozac will continue to be available for an absolute minimum of $65 each month from your doctor, allowing those of the system to profitably “manage” your illness perpetually with dangerous and addictive drugs, instead of curing you: year after depressing year.  Hopefully, your Prozac will not trigger a psychotic reaction, like it and other similar SSRI drugs are known to do, and hopefully there will be no firearms nearby if it does.