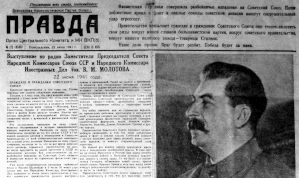 Meanwhile, MSNBC led all networks in what was basically hour-to-hour coverage of two deaths of migrant children at the border. The network's condemnations of President Donald Trump, I.C.E. (Immigration and Customs Enforcement), Border Patrol, and, in essence, anyone who thinks that federal immigration laws should be obeyed, have been almost constant. If an asteroid had hit the Earth and obliterated half of Africa and some European nations, the disaster would have taken second place in the news to the deaths of the two immigrant children. MSNBC, and to a degree other networks, have hammered their audience with the phrase that the two children died "in the custody of the American government." 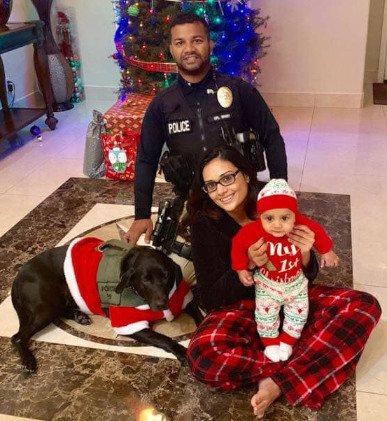 Ronil Singh and family, just hours before his murder.

That's true, but it is not relevant. Hundreds of people in the "custody" of hospitals die every day, but hospitals are not blamed for those deaths. Hospital employees, like the federal personnel who secure the borders, are doing everything in their power to keep people alive. Powerful as it is, the American government doesn't have power over the flu, tuberculosis, heat stroke, dehydration, heart attacks, not to mention liver problems, indigestion, or kidney stones.

In a rare moment of honesty, President Obama warned us during his presidency that the long trek with children from Central America to the U.S. border is fraught with perils and dangers, which ultimately causes deaths. The only way to prevent such death is by not trekking thousands of miles through a desert wasteland; especially to not do it with children. The legacy media has, of course, ignored such observations and this undeniable reality, with it instead being more prone to perpetuating its agenda. Whenever migrants from Central America make the perilous journey to the American border, in an invasion-style caravan, the chances are that some of them are going to die. It's a horrible fact. But it is a fact.

The corporate media's agenda is promoting an open borders policy. As such, they endeavor to shame the American people – who are mostly decent and honorable human beings – and shame the American government – so that our system of constitutional law will be subverted for the sake of in-taking thousands of criminal and often dangerous individuals into our homeland. As such, these news agencies are treacherously working against the United States, as President Trump has noted on multiple occasions.

In the case of Cpl. Singh, after some initial stories of his murder in the line of duty, the media basically fell silent, in order to predictably downplay the violence that is committed by illegal aliens. This chicanery has been going on for some time.

Typical of the dishonesty and hypocrisy that is pervasive throughout the corporate media is a "Fact Check" that was written by Washington Post reporter, Michelle Lee, on crimes committed by 'immigrants'.

Lee noted that one of President Trump's stories about immigration involved a young man named Jamiel Shaw, Jr., a 17-year-old, who was viciously murdered by an illegal alien and gang member. His killer, Pedo Espinoza, had just been released from a jail in Los Angeles, California. The sanctuary city and its police force shielded the killer from deportation by silently releasing him without notifying I.C.E., so that his criminal rampage could continue unabated. As is usual, none of the guilty parties are being prosecuted, such as those who knowingly turned him loose on the population. As President Trump noted, the young Jamiel Shaw had been getting ready to go to college, and he planned to play football as a quarterback, but he never got the chance.

In her "Fact Check", Lee opined, "Clearly, stories like this exist. But the vast majority of unauthorized immigrants do not fit Trump's description of aggravated felons, whose crimes include murder. U.S. Sentencing Commission data shows homicides are a small percentage of the crimes committed by noncitizens, whether they are in the United States illegally or not."

That piece of work was no fact check. It is a slanted report written to convince readers that they should stop questioning the 'truth' of the reporter's and the Post's views on the matter. It was simply a damage control piece that is being masqueraded as 'factual', and it demonstrates how they fear that their side may actually be losing the argument. Lee doesn't tell her readers how many murders and deaths illegal aliens cause. She merely says homicides "are a small number of the crimes committed by noncitizens." ("Noncitizens": A word that's a nice touch and seeks to obscure our realization that the so-called 'non-citizens' are actually illegal aliens.)

Since there are an estimated 12 million illegal aliens within the United States, a "small percentage" would be about 200,000 violent criminals amongst them. This assumes that only a paltry 2 percent of the estimated 12 million illegal aliens inside the United States are violent. Lee's "small percentage" is still a rather large number. As the old saying goes, figures don't lie but liars figure. Coverage of the illegal immigration problem by the legacy media is the shoveling and figuring of liars.

Ann Coulter noted after writing one of her books that the American government has not been the most transparent when it comes to statistics about the crimes of illegal aliens. Thus, it becomes challenging to get valid figures. The figures that are collected are often dated as well. Coulter's point was emphasized by Ron Martinelli in a column that was written in April of 2017 for The Hill. Although it is no longer news, it is still one of the best summations of illegal alien crime statistics. 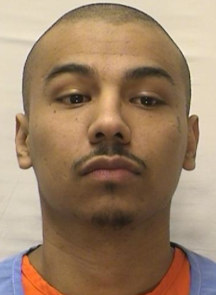 As Mr. Martinelli wrote, "Most states and our federal government have kept information and statistics about illegal immigration, crimes committed by illegals and the costs borne by you the U.S. payer out of public view. It is, in fact, difficult but not impossible to locate accurate crime statistics involving illegal immigrants. The statistics are buried both to suit a political agenda and to avoid public outcry. Once you read this article, you will quickly understand why.

"...The U.S. Department of Justice and the U.S. Sentencing Commission reported that as of 2014, illegal immigrants were convicted and sentenced for over 13 percent of all crimes committed in the U.S. According to the FBI, 67,642 murders were committed in the U.S. from 2005 through 2008, and 115,717 from 2003 through 2009. The General Accounting Office documents that criminal immigrants committed 25,064 of these murders. Illegal immigrants clearly commit a level of violent and drug-related crimes disproportionate to their population. In California alone, over 2,400 illegal immigrants out of a total prison population of 130,000 are imprisoned in the state's prison system for the crime of homicide."

Unlike what Ms. Lee contended, alien crimes do not seem to be a trivial matter. After reading the actual statistics, it's easy to understand why Ms. Lee avoided the numbers like bats avoid sunlight. The facts, as Mr. Treacher noted, are embarrassing to Democrats. Therefore, the tangible statistics must be buried or ignored. Ms. Lee was shoveling as fast as possible, which was probably a requirement for her continued employment.

While some Democratic Party operatives with bylines try to bury immigrant crime statistics, others try their best to ignore the murder of police Cpl. Ronil Singh. The motive is the same – bury all facts which embarrass Democrats. A few days after Singh's murder, it was almost as if he had never existed. The weekend after the killing, MSNBC anchors spent segment after segment talking about the two Guatemalan children who had died and the demands for an investigation. With the few syllables that were uttered about Cpl. Singh's murder; viewers missed it if they walked into the kitchen to get a cup of coffee. 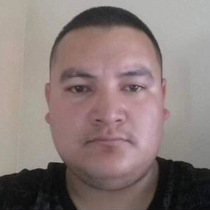 Both California Senators, Kamala Harris and Dianne Feinstein, immediately called for a governmental investigation into the deaths of the two migrant children. They have not issued a similar call in the death of Cpl. Singh.

It would be interesting if a professor released a study contrasting the minutes that MSNBC dedicated to the deaths of the two migrant children versus how many minutes it spent reporting the murder of Cpl. Singh. The results would be very enlightening. Although, admittedly, this would call for a scholar to watch MSNBC 24-hours a day for almost a week, surely an excruciating task that's possibly above and beyond the call of duty, and one that could open the door for years of intensive counseling.

On January 2nd of 2019, illegal alien Franco Franciso-Eduardo, 44, was charged with criminally-negligent homicide and two lesser charges in the vehicular death of Pierce Corcoran, 22, the son of a Knoxville (Tenn.) fire department captain. The legacy media gave very little, if any, coverage to his untimely demise. The Democrats and their media partners should rightly insist on an investigation, but they are too busy shoveling their narrative that we, as naturalized citizens, are lesser people than foreign criminals.

The truth about crime, illegal immigrants and sanctuary cities, The Hill

Obama: Migrant Kids May Die or Be Forced Into Sex Slavery, NewsMax