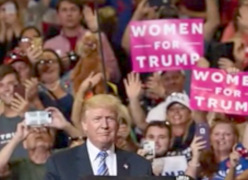 Since its most recent presidential election, the United States of America has indelibly produced some unfortunate images. This is largely thanks to media, both mainstream and social, which perpetuates the messages of the loudest, most persistent, and most shocking members of society. They have shown us the lunatic woman on her knees, screaming up at the sky, as if she were in agony during the presidential inauguration; hats that are meant to resemble the sexual parts of female anatomy; celebrities spouting the most profane hatred for a democratically elected president and absolutely anyone who is brazen enough to support him. To outsiders looking in, America has become easy to mock. The nation appears to have become a collective of faux-rebellious teenagers, who can perpetually be found screaming at the supposed injustice of them not getting their way for once; despite them being the world's most entitled people. Those same outsiders might feel befuddled by what devious manipulations must have led to a Trump presidency in the first place. After all, the entire country seems opposed to his 'fascist' regime.

Except this whole sideshow is a fraud. America's truth is not represented by the cries and screams of the media's few darling social justice warriors. The truth resides in those quiet places and people of America: the ones who are most often ignored, because their voices are not the loudest, and their presence is not seeped with shock value. Real America can be found in the multitude of people who spent Inauguration Day at work, and all the days since. They are too busy living the American dream to spend their time protesting it. America is filled with individuals whose lives are defined by morality, justice, and common sense. They have the decorum to not vilify and belittle those who disagree with them. They go unnoticed, living below the radar of the media. This strong, moral, and quiet cross-section of American society is, in fact, much larger than the left would have us believe.

According to Pew Research, slightly over 70% of Americans identify as Christian. Amongst the Christians, 85% are conservative. In a different poll, this one conducted by NBC and the Wall Street Journal, 52% of voters viewed capitalism favorably, compared to only 19% who viewed socialism favorably. Keep in mind that these numbers are from polls, which the majority of Americans do not participate in. Of voting age Americans, only 1 in 200,000 will ever get polled. Judging from the electoral maps of the past two elections; geographically the U.S. is overwhelmingly red (Republican/conservative). Rural areas are especially conservative. In 2004, 2008, 2012, and 2016, not a single county in the state of Oklahoma went to the Democratic presidential candidate. Yet America appears in its own media to be radically left. 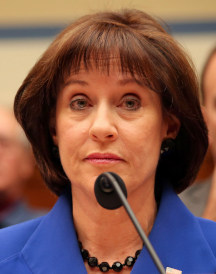 Lois Lerner refusing to answer questions during congressional inquiry into I.R.S. persecution of the Tea Party.

Remember the Tea Party movement? That news making, headline-grabbing grassroots revolution? At one time, it seemed to be a game changer in American politics. Now it is largely forgotten. Its leaders dispersed and it has gone relatively quiet. During its heyday, the Tea Party grabbed the attention of many Americans. Conservative, constitutional Christian voices were being heard for the first time in years. The left rallied, and its loudest and angriest prevailed. The Tea Party movement was attacked, and its members were derided as ignorant radicals. These attacks came from the media, celebrities, and even popular fiction authors (reference Stephen King's venomous jabs against the Tea Party). These people have large platforms and loud voices. Sarah Palin suffered through such extreme verbal abuse that it would have been fitting in the 1692 Salem witch trials. Everything from her intelligence to her family was scrutinized and demeaned. Even her children were not safe. Conservative groups of the time, such as the Tea Party, were explicitly targeted by the I.R.S. for political persecution and prosecution. Of course, this took place under a Democrat president, who felt threatened by the populist movements of the time. Eventually, the criminal exploits of the left won, and the Tea Party faded, becoming more of a historical spark than a flame. As a result, most Americans felt despair for years thereafter, in knowing that their nation had been hijacked by a group comprised of Marxists, criminals, and lunatics. Throughout the Obama and Clinton administrations, persons having criminal evidence against key Democrats tended to die untimely deaths, with most being officially ruled as 'suicide'.

Today, the political attacks are more frequent and much less subtle. No longer are they hiding behind their president and getting their socialist desires satiated by a like-minded leader. 2016 was the year when the left didn't get its way, and the radical monster that they had been quietly growing into during the Obama years finally came to light. Now, those who disagree with them are no longer simply ignorant, deplorable rednecks. Labels like racist, fascist, NAZI, misogynist, homophobe, xenophobe, and evil became common ammunition that is used against anyone who defies their anti-American agenda. Censorship is a reality that is stealthily being deployed behind the scenes at social media companies and college campuses. Liberal companies employ shadowbanning tactics to categorically silence conservative voices. The legacy media continually spouts end-of-world rhetoric; utilizing fear mongering to vilify the current administration's every move. From celebrities to leftist politicians, profanity-laced tirades help keep anti-conservative views on air by playing into the shock factor. Anyone on the right who is brave enough to go against them risks being shouted down, violently protested, or even physically attacked. Businesses and property are sometimes destroyed in 'protest', for the concept of 'property rights' holds no value to those who are looking for handouts, and who will never build anything tangible through their own efforts.

Terms such as "cultural appropriation" are supposedly coined to protect minorities, most of whom could not care any less about the concept or the perceived offenses. Like so many leftist ideals, it was crafted solely to appease the social justice warriors, who wish to acclimate us to Soviet-style thought crimes and social control. Even border security is "racist", while Christianity is "narrow minded". They tell us that the U.S. Constitution was written by bigoted chauvinists, and its modern supporters fit into the same mold. It is the narrative of cultural Marxism. Repeating it loudly and often is their method to keep dissenting voices suppressed, impose class warfare, and keep themselves energized, as it is with the group chants of cult organizations. It is how communism was birthed in Russia by the Bolsheviks, in the early part of the Twentieth Century, and later in other nations, just before truly fascist groups seized power.

However, their own dissenting voices often get suppressed too, even when they are in the majority, at least for Democrats who shun conflict and emotionally-driven confrontations. Willing to engage in civil discussions themselves but finding no civil counterparts within their own party, civilized Democrats have increasingly found themselves in isolation and surrounded by more radical, maniacal leftists. These people from the Democratic Party of old will remember hard times and the generations that persevered through them, but they are now finding themselves being evermore distanced by the party's Marxist replacement. More Democrats are finding themselves silently belonging to the moral majority, for those with the common sense to know that one can disagree without despising. These old-time Democrats realize that one can make choices in the interests of personal liberty and freedom without restricting those of others. Without wisdom to guide the evolution of the Democratic party, its future shall be shaped by its most radical elements.

If there lingers any doubt about the vicious defamation that is used by America's junior communists, one only has to go so far as the comment section of any social media site, or to a college campus when a conservative is slated to speak (rare as that may be). Rational speakers no longer wish to debate leftists, because there simply is no debating them rationally, or even non-violently. Furthermore, most Americans would rather not argue with someone who persistently uses character assassination as a weapon, or risk having themselves and their families become the target of vitriolic abuse. Their time is better spent working towards goals, fostering relationships, or simply minding their own business; instead of engaging a group that would rather "reject your facts" than become informed enough to present their own. So the voices of the many continue to go unnoticed, while the outcry of a few make national and international headlines.

The election cycle of 2016 proved that the left can still be beaten at the polls, and even the recent midterm elections fell far short of the blue wave that they had been smugly predicting. Unity at the polls is vital. However, it is our unity in our faith, convictions, and morality that will save America from the modern Democratic platform. Meanwhile, we can expect for them to continue with their tactics of intimidation, deceit, defamation, isolating anyone who criticizes them, and operating with the mob mentality of cowards, as has been repeatedly witnessed in the criminal behavior of Antifa. While hiding behind their masks, they exactly emulate the ideology that they claim to oppose. Bravest when disguised, or protected by the anonymity of the Internet, they seem stronger and much more numerous than they actually are. Whenever they are confronted with the reality of their parasitic status, their weakness becomes clear. They lack strength of character, and their socialist facade is as flawed as communism itself. 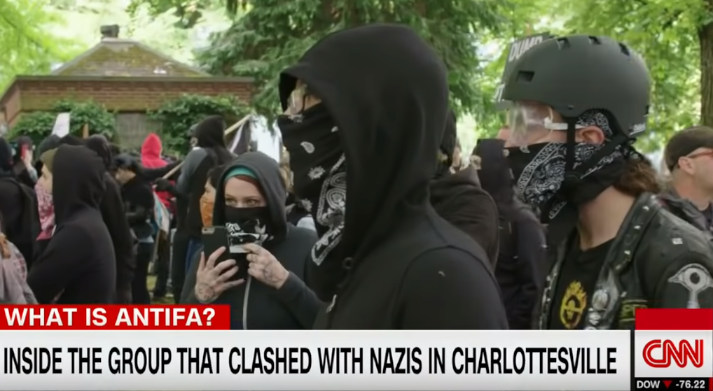 An example of the legacy media portraying Antifa rioters as heroes. Notice the use of the word "Nazi", which is used to describe anyone who is pro-America. The Antifa media darlings routinely chant, "No borders, no wall, no U.S.A. at all!"

The good people of America, those honest, hardworking, moral individuals need only understand one thing. They are not isolated individuals. They are members of a group. It is a movement much larger and stronger than anything that the leftists can muster. Their silent allies are often standing right beside them, and are just waiting for any spark of leadership to vindicate what they already knew was right. Now, if ever in the history of America, it is a time to speak up. It is time to take decisive action against those who are seeking to destroy her and undo the progress of the great American experiment, which is still the greatest hope for liberty that the world has ever known. So, be loud my fellow Americans. Be brave in your defense of God and country. Be the first to confront lies, and to rally others around the truth, while fearing not hollow retaliations. We, the American people, the decent citizens of a nation under God, remain truly the majority. We must choke the roots of Marxism before they spread further. Let us confront the would-be Stalins and Pol Pots, so that their shrill voices become evident for what they are: the plaintive wails of intentionally ignorant parasites.

Video: A Free Speech Victory in a Liberal Stronghold

Video: Gab and the Fate of Freedom

Video: The Real Election Meddling is by Democrats