The 4D Chess of Trump and Reagan 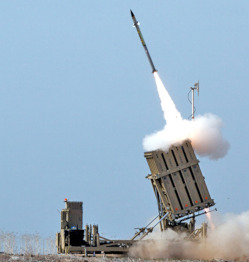 The Strategic Defense Initiative (dubbed the "Star Wars defense system" by the media) was meant to be a defense against the Soviet Union's ballistic missiles. It was, in retrospect, a brilliant idea, and it was a major part of Reagan's arms race that eventually forced the Soviet Union to its knees.

Of course, when it was announced, liberals, Democrats and the media howled in indignation, demanded that Reagan give it up and said, even if he didn't, it wouldn't work and was too costly. Do those arguments sound familiar in today's political landscape? We've heard the same type of arguments against the border wall by the same groups. Once you're in a rut of being wrong, it's hard to break out of it. There is another parallel between the proponents of Star Wars/border wall and their elitist opponents. Namely, it is the sheer simplicity of the plans.

Stu Spencer, a political strategist, explained why President Reagan was at once so popular with the general public and so despised by elitists. "Reagan's solutions to problems were always the same as the guy in the bar."

Reagan saw a world in which two adversaries had thousands of I.C.B.M.s aimed at one another like two dueling gunfighters. His solution was to create the world's first anti-missile defense. Thus, Reagan shifted the U.S. Military from its offense-only paradigm of "mutual assured destruction" (M.A.D.) to an actual defense strategy. Reagan brilliantly knew that even if "Star Wars" was never activated, it would nonetheless eventually bankrupt the Soviet Union, as the communist nation would be desperately driven to build counter-measures. Either way, Reagan knew that the U.S. would win the Cold War because of Star Wars, and it literally saved the world.

Trump oversees a nation that has 12 million illegal aliens and thousands more running over the border. His solution is to build a wall. It is profoundly simple as a solution, and hated by elitists. In mid-January of 2019, a Fox News reporter was at the Texas border talking to customers, not in a bar, but in a restaurant eating breakfast. The customers' solutions to illegal aliens crossing the border sounded a great deal like Trump's solutions, as in building the darn wall.

Of course, our aristocratic classes hate both Trump and those honest, hard-working individuals who happen to be morally correct in their views.

Just as Trump's border wall is being ridiculed by liberals, Reagan's S.D.I. technology was lambasted too. It was Senator Ted Kennedy who mockingly derided S.D.I. as "Star Wars", a nickname that was rapidly embraced by the media. It was meant to denigrate the S.D.I. concept but it probably aided the plan. The film was a huge success and went on to become a classic. To be associated with "Star Wars", a story in which freedom-loving rebels defeat an evil empire was exactly the type of publicity that the Reagan Administration no doubt enjoyed.

On MSNBC, in a newscast on the same day as the Texas residents talked to a Fox newsman, a reporter pointed out that one prototype of the wall could be broken, and showed a clip of metal barriers that had been sawed through. His conclusion was that a wall would not work in preventing illegals from breaking into the United States. Likewise, critics of the S.D.I. said that an anti-missile shield would be ineffective, because it could not possibly stop every I.C.B.M. zooming toward the United States. Some of them, akin to illegal aliens, would always get through.

Honest, intelligent people like those in the Texas restaurant, know it to be an illogical and irrational argument. Proponents of the fence never claimed to expect 100 percent perfection. The Soviet Union built a rather impressive "Iron Curtain" on the border of Eastern Europe. Few people enjoyed life in the Soviet Union, but there were no mass escapes because of the wall, even with its mid-Twentieth Century building technology, it was nevertheless fairly effective.

President Trump and his supporters are not pretending that a wall across the nation's Southern border will stop every illegal immigrant. No doubt; a few will avoid detection and cross the border. However, Americans with some common sense understand that a few is immensely better than the tens of thousands or hundreds of thousands of illegal immigrants who are streaming across the border. If only a few slip in, it will mean that for the first time in our collective memory, the government will have the Southern border under control.

Controlling borders is, by the way, one of the primary functions of government, but a function that the government has failed to achieve. That failure has caused the deaths of thousands of innocent Americans. This simple fact is well understood by the men and women of that Texas restaurant but not by 'Progressives' or the news media.

Like President Reagan before him, President Trump has the loyalty of the average, hard-working, honest American who deals with such things as paying bills and providing a home for his family. Politicians who dare to share their views and their beliefs in simple solutions are often blasted by our nation's elitists as being "out of touch", in the greatest of irony. The legacy media has thrown any number of accusations against Trump, claiming that he is mentally "unbalanced", "narcissistic", "mean", and that he is simply not grounded in reality.

During the 1984 U.S. presidential campaign, Walter Mondale (D) made the succinct accusation that President Reagan "is detached from reality". It was only one of many such charges. The accusations against the late President Reagan and President Trump could be almost interchangeable.

The governmental effort to build S.D.I. launched an almost cottage industry of columns and books, mostly negative. Trading on the "detached reality" theme, writer Frances Fitzgerald wrote her analysis of S.D.I. and Reagan in the book, Way Out in the Blue: Reagan, Star Wars and the End of the Cold War. The phrase "Way Out in the Blue" was not meant to compliment the military capabilities of S.D.I. or the mental aptitude of President Reagan.

During his tenure in office, Reagan did not like the M.A.D. status quo with the Soviet Union. He sought and got reductions in the number of missiles. Today's critics of Trump's plan say there is no crisis at the border. As proof, they note that in the year 2000, there were about 1.2 million people attempting illegal crossings in the United States (perhaps the highest in history), but now there are only about 400,000 attempted illegal crossings. The critics cite this as their evidence with a straight face, as if 400,000 were a tiny number.

It was observed by some conservatives during the Cold War that liberals were not afraid that S.D.I. would fail, but they were desperately afraid that it might succeed. There is more than a grain of truth in that observation. The same is true for the border crisis. 'Progressives' have massively benefited via votes from immigrants, both legal and illegal. When MSNBC pundits say "demographics" are favoring the Democrats, they mean, of course, that a large portion of the voters are not naturalized citizens. They, like the Democrats of the eighties, are not worried that the wall will be a failure in stopping illegal immigration. They truly are terrified that the wall could be a resounding success.

Video: The Real Election Meddling is by Democrats