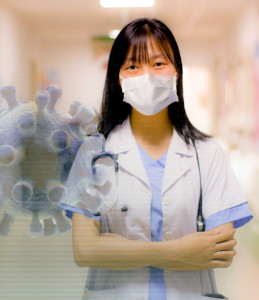 Our recommendations may initially seem a little bit odd, especially to those readers who are unfamiliar with alternative therapies. Much of it was taken from our Lyme disease protocol. Our family used it to successfully treat ourselves with exceptional results. The recommendations below are in order of importance.

Extra Notes: Do not use ibuprofen (Advil/Motrin) if you suspect that you have this virus. Ibuprofen is known to make the condition much worse. Medical experts are recommending Tylenol/acetaminophen/Paracetamol instead to people who are in need of an anti-inflammatory agent for pain relief. However, Tylenol should never be used in conjunction with alcohol, so pick one option or the other, but never use both at the same time. Tylenol is quite dangerous when mixed with alcohol, and this fatal combination is responsible for most so-called "binge drinking deaths". If you have weakened kidneys from diabetes or otherwise, then we would recommend taking the kidney supplement from Dr. Christopher. This article will be updated as new information becomes available, so check back.

Not All Zinc Supplements Are Created Equal