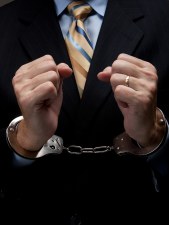 While aggressive off-label marketing to doctors is standard among drug companies, it is routinely kept quiet.  But thanks to a Parke-Davis whistle blower, we have first-hand evidence of off-label marketing -- and how the Neurontin financial bonanza was created.

In 1996, David Franklin, a young biologist, took a sales representative position for Parke-Davis.  But shortly after beginning the job, Franklin grew concerned that he was participating in the illegal marketing of Neurontin.  Franklin reports that a Parke-Davis executive informed him and his fellow sales reps.:

"I want you out there every day selling Neurontin. . . .We all know Neurontin's not growing for adjunctive therapy, besides that's not where the money is. Pain management, now that's money. Monotherapy [for epilepsy], that's money. . . . We can't wait for [physicians] to ask, we need [to] get out there and tell them up front. Dinner programs, CME [continuing medical education] programs, consultantships all work great but don't forget the one-on-one. That's where we need to be, holding their hand and whispering in their ear, Neurontin for pain, Neurontin for monotherapy, Neurontin for bipolar, Neurontin for everything. I don't want to see a single patient coming off Neurontin before they've been up to at least 4800 mg/day. I don't want to hear that safety crap either, have you tried Neurontin, every one of you should take one just to see there is nothing, it's a great drug."

Franklin left Parke-Davis and filed suit (ultimately, United States of America ex rel. David Franklin vs. Pfizer, Inc., and Parke-Davis Division of Warner-Lambert Company) alleging that off-label marketing of Neurontin constituted false claims designed to elicit payments from the federal government.  In 2004, Warner-Lambert resolved criminal charges and civil liabilities by agreeing to plead guilty and pay $430 million -- less than 15 percent of the $3 billion the drug company had grossed on Neurontin in 2004.

The current New England Journal of Medicine article concluded that the marketing of Neurontin involved "the systematic use of deception and misinformation to create a biased evidence base and manipulate physicians' beliefs and prescribing behaviors."  This is one of many examples:

"In a recently unsealed 318-page analysis of research sponsored by Parke-Davis, epidemiologist Kay Dickersin concluded that available documents demonstrate 'a remarkable assemblage of evidence of reporting biases that amount to outright deception of the biomedical community, and suppression of scientific truth concerning the effectiveness of Neurontin for migraine, bipolar disorders, and pain.'  For example, publication was delayed for a report on a multi-center, placebo-controlled study that found no effect of Neurontin on the primary outcome measure for neuropathic pain because 'we [Parke-Davis employees] should take care not to publish anything that damages neurontin's marketing success.'"

Exactly what does it take for drug executives to do jail time?

And let's not kid ourselves about the innocence of doctors.  The tactics used by Parke-Davis and other drug companies to manipulate doctors make it clear that too many doctors have been willing participants in the corruption of their profession.

The New England Journal of Medicine discusses some of the practices used by Park-Davis (and commonly used by other drug companies): recruit local physicians who are then trained and paid to serve as speakers in "peer-to-peer selling" programs; financially cultivate renowned professionals, so-called "thought leaders;" financially influence academics with educational grants, research grants, and speaking opportunities worth hundreds of thousands of dollars; create drug "advisory boards" to launder pay offs to "friendly" physicians; provide doctors employed by medical-education companies with "unrestricted educational grants" to produce programs that promote off-label (unapproved) uses of drug; fund doctors' "research" that in fact is designed and commissioned to promote a specific drug; and credit doctors as authors for ghost-written research articles that downplay drug ineffectiveness or lack of safety.

The New England Journal of Medicine is now warning physicians that medicine's corruption by drug companies has threatened public confidence in their profession. If those physicians who are not drug-company shills want to save their profession, they might want to start taking aggressive actions against their colleagues who are on the take.  Perhaps it will help motivate clean physicians to be reminded that history shows that any institution -- no matter how large and powerful -- can arrogantly cross those lines leading to its demise.

Addendum By HealthWyze Staff -- The Unintended Effects of Neurontin Use

The set of side-effects above clearly demonstrate that this pharmaceutical attacks the brain, central nervous system, and cardiovascular system.  Thus, it is likely to induce psychotic reactions (ie. murderous rampages), like other such psychogenic medications: that is, if it doesn't kill you first.