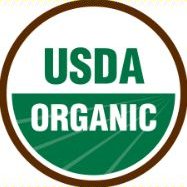 Geraldine June from the F.D.A. spoke with the Food Navigator web site, and admitted that they are aware of the many misleading "all natural" labels out there. However, that supposedly did not merit an F.D.A. response.

"Even if people interpret it in different ways, it doesn't mean there is confusion out there. If there was, then we would definitely raise it as a priority".

A Typical "All Natural" Example

The non-profit Center for Science in the Public Interest (C.S.P.I.) threatened to sue 7-Up in 2006 after their advertising claimed that their soft drink was "all natural", whilst leaving high fructose corn syrup (H.F.C.S.) in the ingredients (made with sulfuric acid amongst other things). High fructose corn syrup may have once started as corn, but it is not something that is produced naturally or simply, and the result is not even chemically similar to its predecessor. As a result of the potential lawsuit, 7-Up changed its labeling to read, "100% natural flavors" (not ingredients). Of course, this was just another lie, because the high fructose corn syrup is a sweetener, and sweetness is a flavor.

"High fructose corn syrup isn't something you could cook up from a bushel of corn in your kitchen, unless you happen to be equipped with centrifuges, hydroclones, ion-exchange columns, and buckets of enzymes."

It is relatively well known amongst the health conscious that the phrase "all natural" has no real meaning on packaging. Although, most of us believe that the term "organic" is clearly defined. When looking at a product which holds a "USDA-certified Organic" label, most people have no idea that it may not be 100% organic.

What Do the Organic Labels Really Mean?

The deceptions of modern labeling are not accidental. An informed consumer is dangerous to the chemical industry. For instance, if ingredients lists replaced "gelatin" with "de-haired pig skins and flesh remnants melted in acid bath", then what would happen to the sales of Jello and gummy bears? Always read food ingredients carefully, despite any marketing or special industry seals which appear on the packages. Study the chemicals that you and your family consume, and make the decision to become healthy in spite of their efforts. Remember that remaining healthy is much cheaper than health insurance, and it is long past the time to stop rewarding the people who are poisoning us.