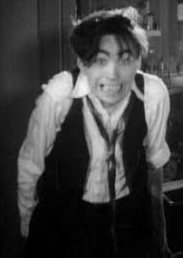 "The condition, orthorexia nervosa, affects equal numbers of men and women, but sufferers tend to be aged over 30, middle-class and well-educated."

Perhaps most troubling is that this new neurosis primarily strikes the best educated in society.  If all of our best and brightest are engaging in antisocial deviant behaviors like eating healthy foods, then how will the pharmaceutical world progress?  Surely the article's writer must see that there are direct connections between being intelligent, eating the right foods, and getting sick less.  Nutrition has obviously been identified as a business enemy to be reckoned with by modern psychiatry.  It could hardly be any more clear.

"I see people around me who have no idea they have this disorder. I see it in my practice and I see it among my friends and colleagues.

"It's everywhere, from the people who think it's normal if their friends stop eating entire food groups, to the trainers in the gym who [promote] certain foods to enhance performance, to the proliferation of nutritionists, dietitians and naturopaths."

— Deanne Jade, founder of the National Centre for Eating Disorders

We have to watch out for those shady naturopathic doctors, don't we?  They're almost as seedy as chiropractors are.  This belligerence toward healthier individuals indicates that our movement has gone from being mocked to openly attacked on every front.  Do not despair about this, because it indicates that we are winning the war.

Whenever somebody has the impression that he is surrounded by mentally ill people everywhere, and is thus plagued by isolationism; this person is typically diagnosed with a serious mental illness himself.  In the very least, such people suffer from paranoia, delusions, and a narcissistic disorder.  Most of those who are campaigning for the existence of this condition seem to have serious issues of their own.

Orthorexia nervosa is not yet listed in the Diagnostic and Statistical Manual (DSM) of the American Psychiatric Association, but when it is, diagnosis may actually become common.  Some psychiatrists are already recommending anti-depressants and anxiety medications to deal with this non-existent condition.  After all, mind-altering drugs that induce suicidal and homicidal behaviors are necessary to combat those who read ingredient labels and avoid carcinogenic chemicals.  At a time when cancer rates are 1 in 3, diabetes rates are 1 in 14, and autism strikes one in every ninety-one children: psychiatrists are beginning to specifically target those who actually do remain healthy.  There is little else that we can say other than we probably do not seem so crazy anymore regarding our pharmaceutical conspiracy theories.

By the way, this is not our first time reporting insanity coming from The Guardian.  We don't know which pharmaceutical company they are working for, but it has become unmistakable.  Those fine, objective, and super-credible reporters at The Guardian also previously reported that avoiding vaccines should be grounds for severe governmental interventions, such as quarantining young children, and forcing them into special schools.