Why You Should Supplement With Hemp and Affirm Your Rights 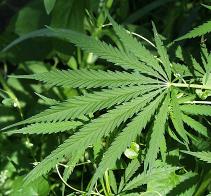 In the 18th century, the hemp plant was used extensively for everything from clothing to ship sails. It is extremely strong and lightweight, so there is a plethora of industrial applications. America's Founding Fathers grew it, and the U.S. Constitution was written upon hemp paper. Yet it is now illegal to grow in the United States. It is nonetheless making a comeback. Hemp-made clothing is now available, and hemp bricks are being used to built select homes. Hemp oil is the easiest and most renewable oil in existence; so it could therefore solve many of our economic problems, including our dependence on petroleum. Furthermore, it does not produce severely toxic fumes as petrochemical products do. When burnt, it produces only carbon dioxide (not monoxide), which benefits plants, and thus the overall environment. Its financial threat to the petrochemical industry plays a large role in why it is illegal to grow it in the U.S.

Along with its industrial benefits, hemp is incredibly beneficial for maintaining health. We have already recommended that vegetarians use hemp instead of soy, because of its superior protein content. Hemp is the only plant in existence that contains all twenty-one known amino acids that are needed by the human body. It truly is God's medicine, and we were meant to have it. In some ways, spinach could be considered nutritionally deficient when compared with hemp. Hemp provides an almost complete source of nutrition, and thus we recommend hemp fiber as a routine supplement. It has become difficult to get all of the nutrition that we need through our foods, due to depleted soils and chemical fertilizers. This generally forces healthy individuals to rely on supplementation to augment even good diets. The usage of hemp is an exceptional beginning for any protocol of dietary supplementation.

Despite the health benefits of hemp, Americans are not currently allowed to grow their own. It is federally regulated, although some states have ignored the federal law, and made the cultivation of hemp legal under licenses. However, none of the state governments have been bold enough to issue licenses before reaching compromising agreements with the Drug Enforcement Administration.

To be sold legally, hemp must be completely free of THC, the narcotic of "marijuana" (cannabis). THC is a natural part of the plant, and it has health benefits of its own. Contrary to the propaganda of the prohibition crowd, THC will actually boost the immune system and improve health. Unlike tobacco smoking, the smoking of cannabis actually strengthens the lungs, increases air capacity, and decreases a person's chances of cancer. Like in the case of hemp, cannabis is primarily illegal because of what it can do for us at the expense of the disease industry. There is nothing that works better or faster to eliminate nausea and migraine headaches than cannabis. It has anti-cancer properties too.

Due to U.S. federal laws, all hemp sold in America as a supplement is currently imported into the States. Thus, instead of supporting the U.S. economy, hemp has become a drain on it.

These plants were not created for the sole purpose of getting us "high". Governments have no right to claim that God did not know what he was doing, and to mandate that natural medicinal plants be banned. The contention that plants should be banned or chemically changed before people may have access to God's medicines is blasphemous at best, and it runs contrary to our rights. The people should stop tolerating it, because we are supposed to be making the rules -- not every pharmaceutical company that fears a competitive threat. The medicinal benefits of plants are still being discovered. It is inherently wrong for a small group of elites to make our health decisions for us and enforce a type of slavish dependence.

Those who suffer from herpes should be cautious when using hemp, because of its high arginine content. It is prudent to compensate with lysine supplementation simultaneously. We recommend avoiding hemp completely whenever a herpes outbreak is present, and this includes relatives of the virus, such as shingles, chicken pox, and Bell's palsy.

Quick Tip: Why Vegetarians and Vegans Should Use Hemp Instead of Soy

The Health Care Bill, How The System Really Works, and The Unfree Market