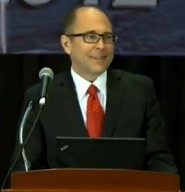 I Ain't No Muther Trucker
Racing like a lion,
Everybody know I'm trying.
Don't have no gold tooth,
But them ho's say I'm cute.
I'm not going to bust a cap,
As long as homies don't give me crap.

Perhaps you guys could feature our poetry at this site.
Reply | Reply with quote | Quote

# Nancy Helman 2012-04-20 10:30
I've basically stopped donating to all charities. I may help the Salvation Army this year, but that depends on alot of factors. The problem with most charities is that they are shams. Most charities, and I suspect ae911truth.org is no exeception, pay about 95% of their donated money into payroll. Sure there are limits for officially registered charities but these people are good at finding loopholes because conning people is what they do best. I bet the guy in charge makes about 2-3 times the pay of most people for his "charity" work.
Reply | Reply with quote | Quote

# AE911 - More information and evidence — Andrew Johnson 2014-06-07 04:53
In 2007, it was pretty clear to me that AE911 was not what it purported to be. Since then, I have been collecting evidence about it. It's a shame Sarah and Thomas didn't come across this evidence sooner - it would have saved them time and trouble. Please, everyone, read these articles

and my free ebook.

People who claim to be looking for the truth are exposed when they start to tell lies.

These organisations use our humanity against us - and people don't figure this out until it's too late.
Reply | Reply with quote | Quote
Refresh comments list