"You can't make socialists out of individualists.  Children who know how to think for themselves spoil the harmony of the collective society which is coming, where everyone is interdependent."

The generation that schools like Eckington have mass produced.
(Image from the movie, "I, Robot")

Yesterday I spent some time looking at the people on Facebook who had been to the same school as me.  I was noticing some very disturbing patterns, and I am sure that they will be of value to the readers of this blog if they can apply them to their own situations.  Eckington School was different from most in the area.  The local community believed that you would get a better education if you went there, as it was deemed a "specialist engineering college".

In truth, that meant little more than the fact that the school got over a million pounds extra from the government each year.  The educational plan was little different from other schools, but rules were enforced more vigorously, and many of them were unnecessary.  These were about power, not education.  As a result, two classes of people were formed: the conformists, and the rebels. There was no middle ground. 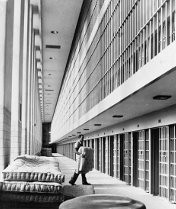 Answer: The U.S. Federal Reserve Bank is not a part of the U.S. Government.  It is a privately owned bank, with strong international influences.  It is accountable to no U.S. regulators, and is, as its chairman once stated, "above the law".  Its building is treated as a foreign embassy.

Question: Which amendment to the U.S. Constitution requires that taxes be paid for income? 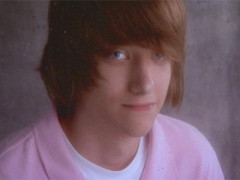 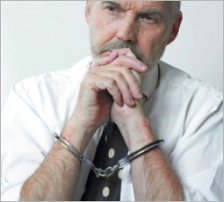 Why I Will Not Be Voting: My Vote of No Confidence

I turned eighteen in October, so 2009 will be the first year that I will be given the chance to vote. As a British citizen living abroad, I could vote by mail; and supposedly, my opinion would matter. All the same, I feel obliged to point out why I will not be voting, for I can remember just how frustrating people like me were, from when I was involved in politics.

While my passport may still read "British Citizen", I do not live there, contribute to its economy, pay its taxes, nor hold any loyalty to the Queen, and I am unaffected by virtually every decision that is made by the British government, or the local councils. Ironically, I was paying taxes when I turned 16, even though I was not old enough to vote against them. I would not consider it unfair if any other Brit were to tell me that I have no right to vote. It is indeed no longer my right, regardless of what is written into law.

Over the years, there has been a lot of doubt surrounding homeschooling, and whether it is a viable alternative to the public schools. Zachary's peers, (seven-year-old first graders) in the Davie County School System at Cornatzer Elementary School, watch cartoons on Smart Boards during school, but Zachary read the following paragraph aloud during his study session night. For legal reasons, we do not comment on how little time we really need to spend studying in order to surpass the public schools, but most readers would be shocked to know how little effort is needed. Do you know any public schooled first graders who could read this?

In the United States, we are one day away from an election that we believe could change the country. However, I am still left thinking 'why vote?'. My time in the BNP caused me to become enraged at people who would ask this same question. Back then, I believed that the votes of the people mattered, due to the democracy that we lived in. I am not as naive as I was then. In this country (U.S.A.), it is the votes of the Electoral College that actually count. The votes of citizens do not. In that respect, Britain is more free. All the same, the votes are terribly controlled in Britain too. I remember being at the count and seeing voting cards which were marked with two different parties, which were in opposition. (The British do not vote by candidate, but by party). Boxes arrived during the last ten minutes which voted solely for the Labor Party. Those boxes contained no non-Labor votes, and they changed the results of that election.