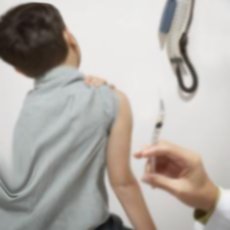 As more women return to work shortly after giving birth, the number of infants getting vaccinated increases because mothers are often forced to place their newborns into daycare centers, which require infants to get vaccinated for enrollment.  Most public schools also exert extreme (sometimes illegal) pressure upon parents to vaccinate their children, and never mention that there are specific exemption clauses in every state, which allow families to legally opt-out of all vaccinations for religious and/or philosophical reasons.  Therefore, contrary to all the disinformation, vaccines are technically not required by law.

Does the medical profession have any idea what kind of havoc these vaccinations are causing in the bodies of young babies whose immune systems have not had a chance to develop?  What if the babies are allergic to the ingredients?  What are the ingredients?  Could they be toxic?  Do you know what is being injected into your child, or are you blindly following the crowd being too afraid to question so-called authorities?

There are pediatricians who have reservations about giving vaccinations, and refuse to inoculate their own children and grandchildren, but they will inoculate yours.  Medical school was expensive, they have loans to repay, and they need to make a living.  In his book, How to Raise a Healthy Child in Spite of Your Doctor, Dr. Robert Mendelsohn, pediatric medical doctor, stated that “vaccinations are the bread and butter of pediatric practice.”  Dr. Mendelsohn further explained that there are “significant risks associated with every immunization and contraindications that may make it dangerous for the shots to be given to your child.”  However, most doctors routinely give vaccines to children while remaining unsure of their long term consequences.

Parents have a right to know the truth about vaccinations.  Do the benefits really outweigh the risks?  Is it better to delay the vaccinations until children are older?  Should some of the vaccines on the schedule be eliminated all together?  Is there a safer method to help protect children from common childhood diseases?  What about pediatricians who practice natural and holistic health care as an option?  Is it worse to catch the measles or develop vaccine-induced autism?  These are the questions concerned parents need answered.

Is there a link between autism and vaccines?  This question will continue to be the topic of debate and controversy and not offer any hope to parents whose children are afflicted with the disease.  A better question to ask is “what is the American Pediatric Society and the American Academy of Pediatrics doing to find out what is causing the increase of autism rates in children?”  In the meantime, if you are a parent, do your homework and then make the decision you believe is best.  Remember, the pediatrician is not going to raise your child.

Chop Shop Hospitals (and how they caused polio)